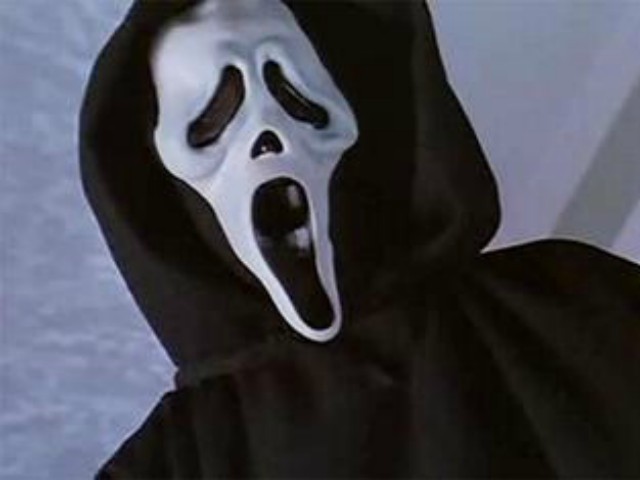 A suspect in a “scream mask” is on the loose after shooting two people in gun-controlled New York City overnight.

New York 4 reports that the shooting occurred just before 2 am. A 17-year-old girl and 24-year-old man were shot and wounded. Both were transported to the hospital in critical condition.

ABC 6 reports that the suspect allegedly walked up to ta group of people and started shooting.

Witnesses said the suspect was wearing a “Ghostface,” which is “the longfaced, sunken-eyed haunt adopted by several characters of the cult horror series Scream.