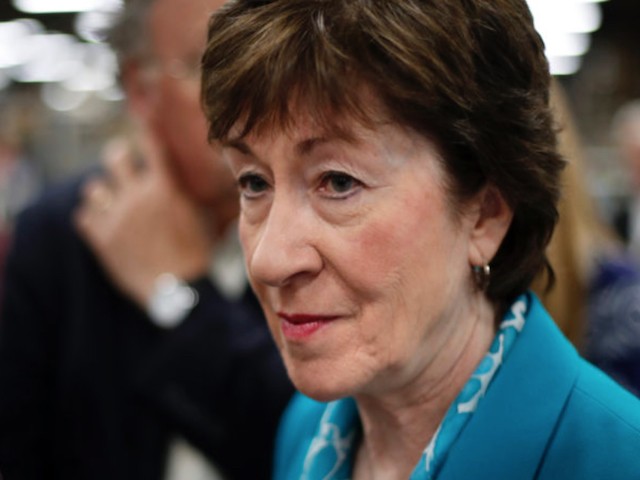 Sen. Susan Collins (R-ME) said on Monday evening that Deborah Ramirez, who has accused Supreme Court nominee Brett Kavanaugh of exposing himself to her while they were students at Yale, should speak to Senate Judiciary Committee investigators under oath.

“I believe that the committee investigators should reach out to Deborah Ramirez to question her under oath about what she is alleging happened,” Collins reportedly said, according to The Hill.

Sen. John Kennedy (R-LA) reportedly said on Monday evening that Ramirez’s “counsel has not been terribly cooperative other than to say to read the New Yorker.”

“Our majority staff has been in touch with Ms. Ramirez’s counsel. We are told if we want to know the allegations, read the New Yorker. And that’s all they’re willing to say,” Kennedy reportedly added.

When asked if Ramirez should appear at Thursday’s scheduled hearing at which Kavanaugh and Christine Blasey Ford, Kavanaugh’s first accuser, are scheduled to appear, Collins reportedly said, “No, because there hasn’t even been an interview of her yet and I think that needs to take place first.”

Collins said on Friday evening that she will “have to be able to look in the mirror” and say that she did what was the right thing when asked about Kavanaugh.

“In the end I have to be able to look in the mirror and say I did what I thought was right,” Collins reportedly said at Saint Anselm College in New Hampshire.

Earlier on Friday, Collins said she was “appalled” by President Donald Trump’s tweet in which he said that “if the attack on Dr. Ford was as bad as she says, charges would have been immediately filed with local Law Enforcement Authorities by either her or her loving parents.”

Trump added: “I ask that she bring those filings forward so that we can learn  date, time, and place!”