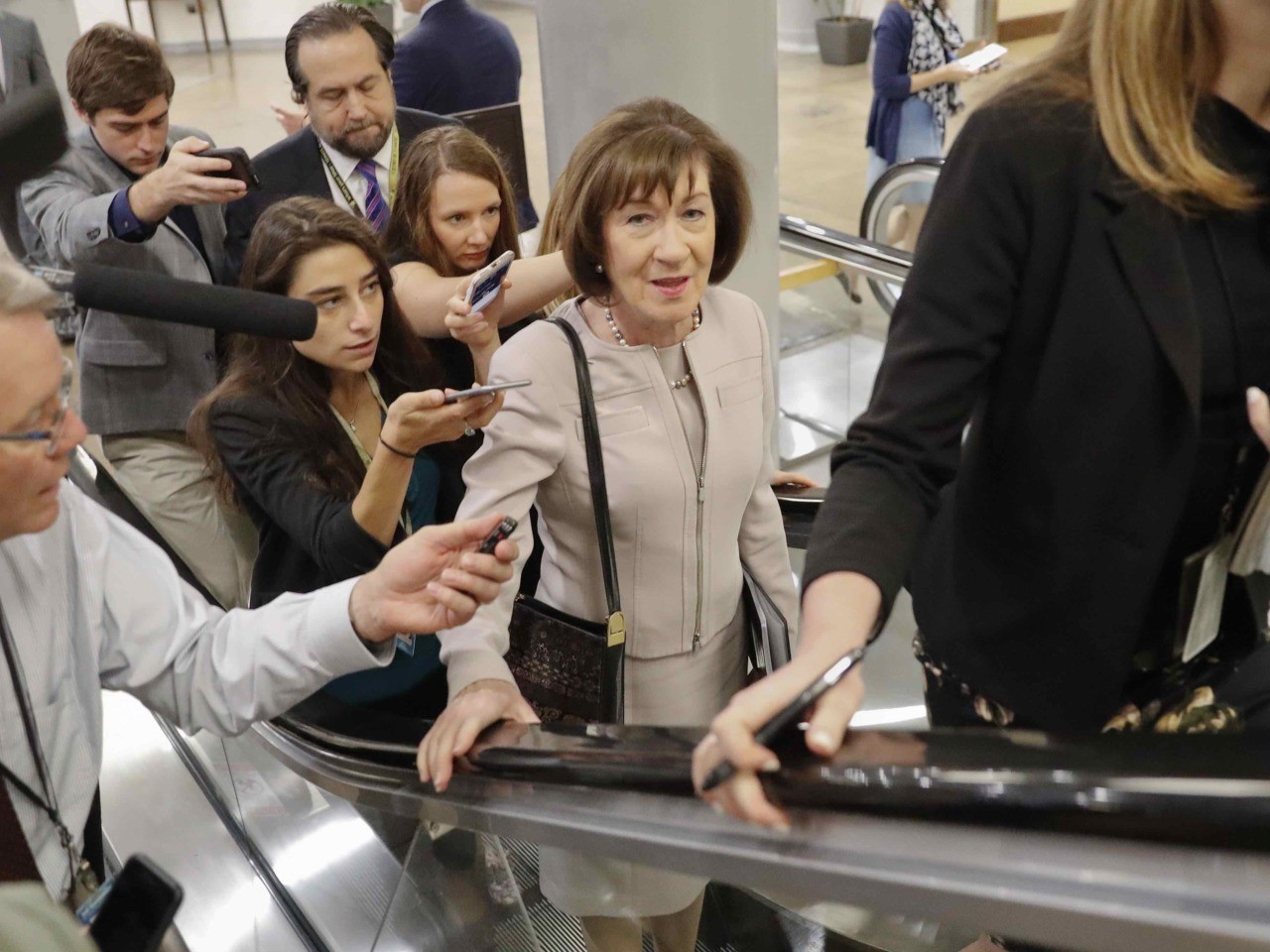 Sen. Susan Collins (R-ME) delivered a dramatic, passionate, yet methodical defense of Judge Brett Kavanaugh on the Senate floor on Friday afternoon, as she explained her reasons she would vote to confirm his Supreme Court appointment Saturday.

Collins kept her decision a mystery until the last moment. Though she had voted Friday morning for cloture, moving the nomination to a final vote, she had not committed to supporting Kavanaugh, and announced that she would make her choice known in a floor speech at 3:00 p.m. ET. Protesters filled the halls, and occupied her office; they chanted from the gallery as she prepared to speak. Many still held out hope that she would vote no and put the nomination one vote from defeat.

Instead, Collins walked through one argument against Kavanaugh after another. She left the personal accusations against Kavanaugh to the end, and prioritized his views on legal precedent and the political independence of the judiciary. She knocked down the claims that he would cancel Obamacare’s insurance provisions, or that he would repeal Roe v. Wade, or that he would favor President Donald Trump in the event that the president’s own conduct came before the Supreme Court.

She then turned to the allegations made by Christine Blasey Ford and other accusers, defending the presumption of innocence and laying out the reasons that the charges were not convincing enough to keep Kavanaugh from the highest court — including the fact that none of Ford’s witnesses corroborated her claims. In the only angry portion of her speech, she attacked whoever leaked Ford’s original letter to the media, saying that action “has turned this process into such a dysfunctional Senate.”

Collins did not mention her recent public spats with the president over his comments about Ford’s testimony. She simply focused on the issues, and on the Constitution, concluding: “Mr. President, I will vote to confirm Judge Kavanaugh.”