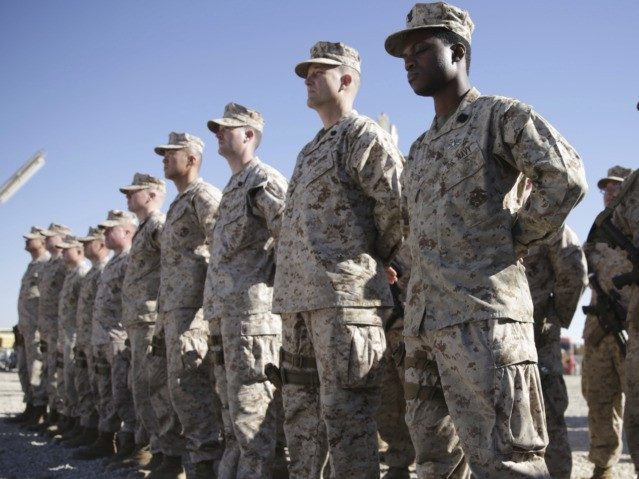 The vast majority of U.S. service members and veterans believe the American “occupation” of Iraq and Afghanistan has lasted long enough, but they still support the ongoing war on terror raging since October 2001, according to the results of a survey published this month.

Smithsonian Magazine conducted a survey of 922 veterans and 109 active duty military personnel last Veteran’s Days with the help of the Stars and Stripes newspaper and George Mason University.

Analysts asked the troops and veterans to respond to questions about national security and the military.

Smithsonian Magazine reports that after more than 17 years of the war on terror in Iraq and Afghanistan, 84 percent of the 1,031 service members and veterans surveyed agreed that the “occupations” have “been going on too long.”

“As far as we know, this survey was the first one to pose that question to current and former service members,” the magazine notes in its January edition.

“Their frustration is significant because they also voiced strong support for the war on terror generally, with 83 percent saying it should continue,” it adds.

The results echo the Afghanistan war weariness expressed by overall Americans in a survey published by the Pew Research Center last October.

A recent study by Brown University’s Costs of War Project reveals that the war on terror has killed between 479,858 and 507,236 people in Iraq, Afghanistan, and Pakistan, including at least 6,951 American troops.

The war in Afghanistan has reportedly killed an estimated 2,272 American troops and left 20,412 wounded while the conflict in Iraq has resulted in the death of at least 4,483 others and injury of 32,253, the most recent Pentagon figures show.

The fight against the Islamic State (ISIS/ISIL) in Iraq and Syria that started in 2014 has left 67 dead and 75 injured.

In 2017, the Brown University study found that by the end of 2018, the United States was scheduled to have spent nearly $6 trillion on government-wide costs of the war on terror since 2001.

The estimated cost amounts to about $23,386 per individual American taxpayer, which is more than three times the amount ($7,740) calculated by the Pentagon.

U.S. President Donald Trump’s administration has intensified efforts to convince the Taliban to engage in peace negotiations with the Afghan government, making the “political reconciliation” between the two parties the primary goal of its strategy to end the more than 17-year-old war.

In Iraq, however, there are no plans to withdraw the nearly 5,000 American troops fighting ISIS. The Trump administration has announced plans to pull out from Syria.

The Trump administration has denied reports of a U.S. military withdrawal from Afghanistan.