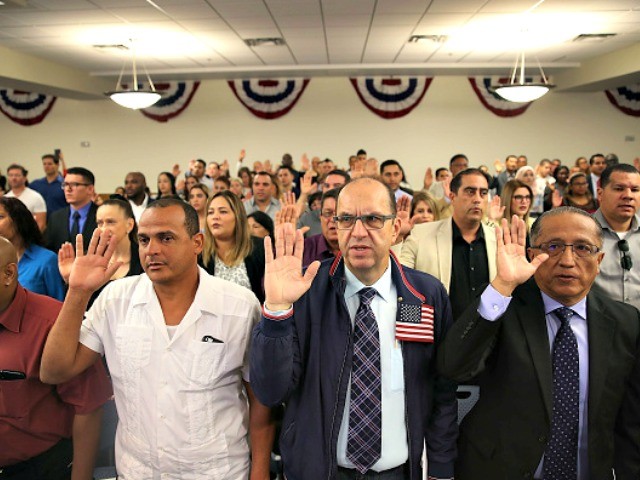 Only 19 percent of Americans 45 and younger could pass a multiple choice U.S. citizenship test, according to a survey released Wednesday.

The survey, commissioned by the Woodrow Wilson National Fellowship Foundation and conducted by Lincoln Park Strategies, found that only one in three Americans had what it took to pass the test, with many Americans struggling to name the original 13 colonies or what caused the Cold War.

In an actual U.S. citizenship test, test-takers have to get 60 percent of the questions right to pass. Only 36 percent of the individuals surveyed got a score of 60 or higher.

The passage rate among younger Americans ages 45 and younger were even more disappointing—just 19 percent of Americans in this age bracket were able to pass the citizenship test.

Here are some of the more embarrassing takeaways from the study:

The foundation said it conducted the survey show how American voters need to be educated on civics before they head to the polls to vote in the 2018 midterm elections.

“With voters heading to the polls next month, an informed and engaged citizenry is essential,” Woodrow Wilson Foundation President Arthur Levine said of the survey. “Unfortunately this study found the average American to be woefully uninformed regarding America’s history and incapable of passing the U.S. Citizenship Test.”

“It would be an error to view these findings as merely an embarrassment. Knowledge of the history of our country is fundamental to maintaining a democratic society, which is imperiled today,” Levine added.