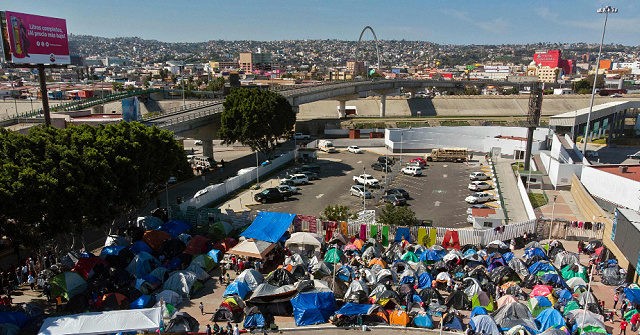 The Supreme Court on Friday agreed to hear President Joe Biden’s request to terminate the Trump-era “Remain in Mexico” policy.

Formally called the Migrant Protection Protocols (MPP), the program requires the federal government to send migrants back to Mexico while their asylum hearings are pending.

“The case will be set for argument in the second week of the April 2022 argument session,” the Supreme Court wrote.

Then, Texas-based federal Judge Matthew Kacsmaryk ordered Biden to “enforce and implement MPP in good faith” following a lawsuit from Texas and Missouri. After the DHS issued a second revocation memo in October, the U.S. Court of Appeals for the Fifth Circuit affirmed the district court’s order requiring Biden to implement the program in good faith.

Biden’s administration then filed a petition for certiorari asking the Court to hear its argument in the MPP case. In January, the Court rejected a request from Texas to extend the time to file a response to Biden’s petition by one month.

Biden began re-enrolling migrants into the MPP in December, but he is dragging it out much more slowly than former President Donald Trump. Trump’s administration sent roughly 400 migrants back to Mexico daily at the program’s peak. However, Biden has sent approximately 410 migrants period back to Mexico under the revived program.

With arguments set for April, the Supreme Court’s decision is expected in summer.