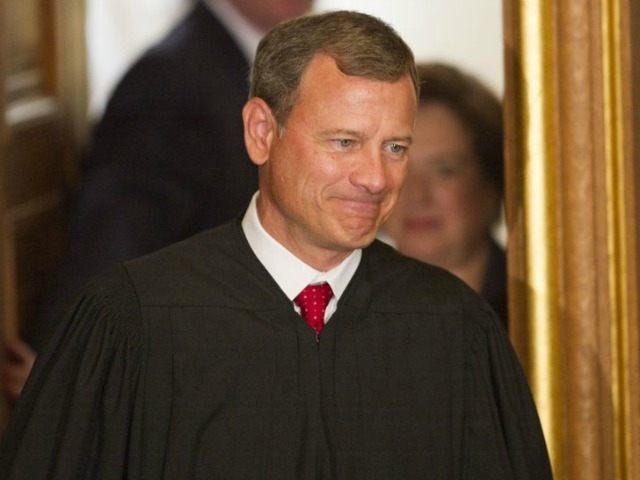 The U.S. Supreme Court ruled 5-3 on Wednesday to grant a stay against “curbside” voting in Alabama, which would have allowed disabled Americans to avoid the additional risk of exposure to coronavirus posed by voting inside a polling place.

Chief Justice John Roberts sided with the conservative majority, in contrast to another Supreme Court decision earlier this week, in which he sided with the liberal minority to uphold relaxed vote-by-mail rules and deadlines in Pennsylvania.

This stay application arises from the Alabama secretary of state’s decision to ban curbside voting despite the ongoing COVID–19 crisis and the willingness of certain Alabama counties to assist voters with disabilities. Following a lengthy trial and resting on an extensive record, the District Court found, among other things, that the secretary’s ban violates the Americans with Disabilities Act (ADA) by forcing voters with disabilities, for whom COVID–19 is disproportionately likely to be fatal, to risk unnecessary exposure to the virus if they wish to vote in person. The District Court enjoined the secretary’s ban, thus allowing counties that are ready to adopt curbside voting to do so. I would not upset the District Court’s record-based, reasoned, and narrowly tailored judgment, which the Court of Appeals for the Eleventh Circuit let stand.

To combat the spread of COVID–19, the Centers for Dis- ease Control and Prevention recommend that States con- sider curbside voting, that is, permit voters to vote from their car by handing their ballot to a poll worker.

The secretary does not meaningfully dispute that the plaintiffs have disabilities, that COVID–19 is disproportionately likely to be fatal to these plaintiffs, and that traditional in-person voting will meaningfully increase their risk of exposure. He argues only that the relevant “benefit” under the ADA is voting generally, not in-person voting specifically, and that absentee voting ensures access to that benefit.

The case is known as Merill v. People of Alabama.