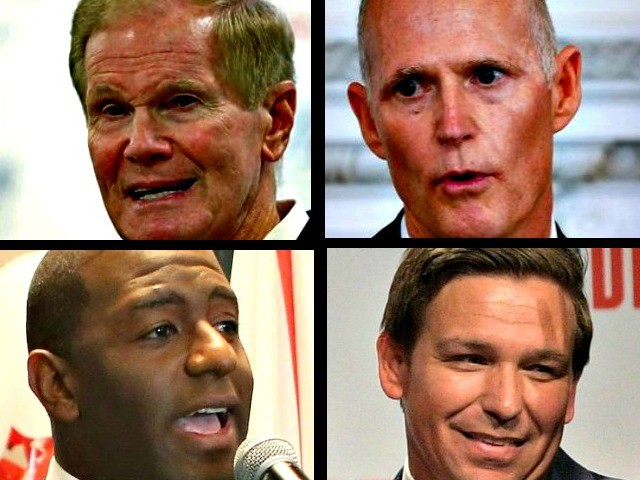 A Cygnal poll released on Wednesday shows the candidates for Florida’s Senate and Gubernatorial races neck in neck as election day nears.

The poll, conducted by telephone from Oct. 27-29, revealed a statistical tie between governor hopefuls Democrat Andrew Gillum and Republican Ron DeSantis. Of the 495 likely Florida voters polled, 47.3 percent support DeSantis, while 46.7 percent intend to vote for Gillum. One-point-four percent of voters are undecided on who to vote for and five percent of voters prefer a third-party candidate.

According to the poll, Gillum leads DeSantis 48 percent to 34 percent with NPA voters and Independents.

“There is a hyper-partisan environment in Florida right now,” said Brent Buchanan, Cygnal’s president and founder. “Despite that fact, Desantis and Nelson are both overperforming the generic ballot. Republicans should feel encouraged about where these two key races are headed.”