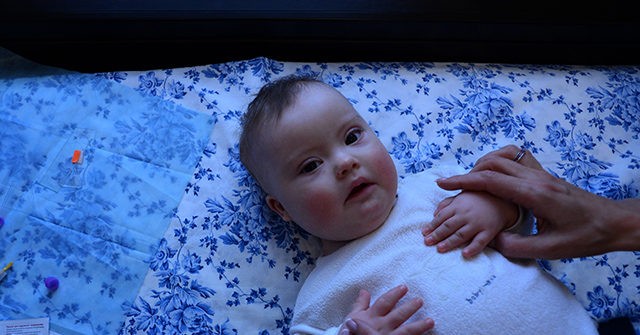 The selective aborting of babies with Down syndrome “equates to eugenics, which is the elimination of human beings not considered fit or healthy enough to have a normal life,” declares an op-ed in the November 22 Sunday Times.

“In Britain, a baby diagnosed with the condition is 90% likely to be aborted,” writes David Quinn, director of the Iona Institute and a Sunday Times columnist. “In Denmark and some other countries, we find an almost identical situation.”

While some people defend Down syndrome abortion on the grounds it keeps children with the condition from coming into the world, the practice reinforces a eugenic mindset that sees people with disabilities as somehow inferior, Mr. Quinn argues.

Eugenics “was once considered a perfectly respectable point of view,” Quinn notes, but it is no longer so today.

As Breitbart News reported, one of the world’s largest abortion providers — Marie Stopes International — opted to change its name last week to distance the organization from its racist, eugenicist founder. Abortion giant Planned Parenthood made a similar move last summer, quietly stepping away from founder Margaret Sanger, who sought to purify society from inferior races through abortion and contraception.

As Quinn notes, Marie Stopes wanted the “hopelessly rotten and racially diseased” to be sterilized, and was opposed to interracial marriage because that would compromise “racial purity.”

The idea spread around the world, enthusiastically embraced not only by Hitler’s Germany, but by many “enlightened” western nations as well. In Sweden, for instance, tens of thousands of “unfit” women were forcibly sterilized during the rule of the Social Democrats, who governed between the 1930s and the 1970s, Quinn observes.

“The reason so many social democrats and liberals were such enthusiastic supporters of eugenics is because they thought it was for the greater good of society, and that it was supported by science,” he adds. “Only ‘religious obscurantists’ could be against eugenics, they thought, and in fact the Catholic Church was the theory’s main opponent.”

While in the West, state-imposed eugenics no longer exists today, it has been replaced by a “new form,” Quinn notes, and its victims are often children with disabilities.

An upcoming episode of the British soap opera Emmerdale features a couple deciding to abort a child diagnosed with Down syndrome, Quinn writes, which has outraged families who have children with this condition.

Your story “will further serve to encourage and confirm the opinion that ending the life of a baby just because it has Down’s syndrome is perfectly acceptable and understandable because maybe it would be better if fewer people ‘like them’ were in the world,” wrote Wendy O’Carroll, the founder of UK support charity Ups and Downs, in an open letter to Emmerdale.

Some deep-set prejudices die hard, and the myth of the perfect society — or the perfect family — obtained by weeding out and eliminating their less desirable members, is certainly one of them.