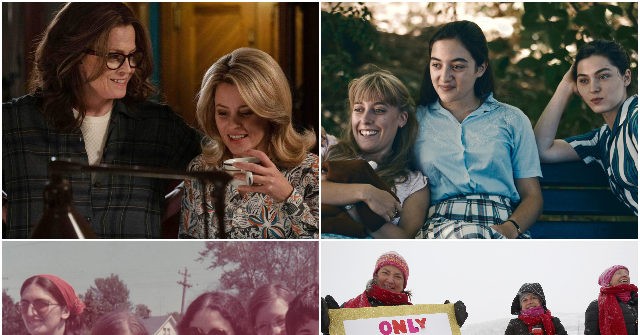 Pro-abortion movies are all the rage at this year’s Sundance Film Festival, which is again being held virtually due to the Chinese coronavirus pandemic. The titles garnering buzz include two movies about the Jane Collective — the radical feminist organization in Chicago that provided illegal abortions for women during the 60s and early 70s — and the U.S. premiere of the award-winning French film The Happening.

Sundance has always pandered to Hollywood’s politically far-left elite, especially on issues like abortion. Some directors this year have taken a confrontational approach to the subject, with one going as far as to describe abortion as a “very simple medical procedure.”

But at least one filmmaker wasn’t interested in preaching to the choir. Director Phyllis Nagy said she screened her drama Call Jane for Trump supporters prior to the festival.

“I would show it selectively to people I knew to be conservatives in L.A. Yeah, they voted for Trump,” she told Indiewire. “And I knew we were onto something when those people would say, ‘That’s not what I was expecting.’ This movie allows you to focus on choice.”

Call Jane is a fictionalized account of the Jane Collective, with actress Elizabeth Banks playing a suburban wife who finds herself drawn into the underground organization. Sigourney Weaver co-stars as the group’s leader.

Nagy said she didn’t want her movie to be hectoring in tone.

“My personal challenge was to allow people to be entertained. Because I do believe that’s important, to have a sense of humor about it. And to keep people guessing in some way,” she told Indiewire. “Like, I didn’t want this to be predictable. It certainly does have a message. There is nothing wrong with that. But it is not a movie that insists you share the sentiment, necessarily.”

More blunt in its approach is the documentary feature The Janes, which comes from HBO, with a release date to be announced. One of the movie’s directors, Tia Lessin, helmed the 2013 movie Citizen Koch, about the Koch brothers.

Lessin told Deadline that she has long been interested in what she called “abortion rights and reproductive justice.” She also called abortion a “very simple medical procedure.”

“It’s unconscionable that women would have to risk their lives to get a very simple medical procedure and to take control of their destiny, really,” she said.

The French film The Happening is also at Sundance in advance of its U.S. theatrical release by IFC Films this year. As Breitbart News reported, the film, which won the top prize at last year’s Venice Film Festival, is set during the 60s and tells the story of a female college student who discovers that she is pregnant but can’t get an abortion due to French laws at the time.

The movie follows her increasing desperation as she seeks help from the hostile or indifferent people in her life, before eventually visiting an illegal abortionist.