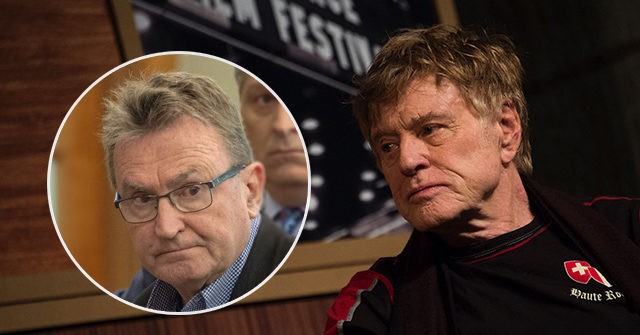 AMERICAN FORK, Utah (AP) — A filmmaker who co-founded the Sundance Film Festival and produced a movie whose lead actress won an Oscar in the mid-1980s was sentenced Tuesday to at least six years in prison after pleading guilty to sexual abuse of a child.

The judge who delivered the sentence of six years to life said that he hopes the parole board will keep 72-year-old Sterling Van Wagenen in prison longer than the minimum.

“You did the right thing and you’re not responsible for anything that happened and anything that will happen,” said Griffin during the hearing south of Salt Lake City. “You’re a brave young lady.”

The sister of the victim, whose name The Associated Press is withholding because she is a victim of sexual abuse, read a letter on her sister’s behalf blasting Van Wagenen for lying and being a coward.

“I strongly believe the only thing you were actually torn up about is the fact that you got caught,” the sister said.

Van Wagenen declined to apologize when he spoke to the victim and her family.

“It’s clear that any kind of apology I can make is meaningless at this point,” Van Wagenen said. “So I am not even going to attempt one. I want you all to know I feel the consequences of what I’ve done. I feel them deeply.”

He pleaded guilty earlier this year to two counts of sexual abuse of a child, both involving the same victim, as part of a plea deal.

Van Wagenen co-founded a Utah film festival that came to be known as Sundance Film Festival with Robert Redford and was the Sundance Institute’s founding executive director, but hasn’t been with the organization for more than 20 years.

He was a producer on the 1985 film “The Trip to Bountiful,” a story of an elderly woman who longs to return to her home that earned the late actress Geraldine Page an Academy Award.

He has worked over the years as a film instructor at the University of Utah and Brigham Young University and as a director and producer for The Church of Jesus Christ of Latter-day Saints on a variety of projects, including temple videos.

Van Wagenen’s resignation came after a man accused Van Wagenen of molesting him as a boy in 1993. No charges were filed in that case, which was made public by a website that serves as a watchdog for The Church of Jesus of Latter-day Saints, widely known as the Mormon church.

Van Wagenen thanked that man, who was in court Tuesday, saying it was a “blessing” that he brought “this all to light.”