A committee established by Sudan’s “sovereignty council” has taken control of “at least a dozen” lucrative firms linked to Palestinian terrorist organization Hamas, according to committee sources who spoke to Reuters on Thursday.

The “sovereignty council,” which includes both civilian and military members, was established after dictator Omar al-Bashir was deposed in a 2019 coup. The junta has been working to realign Sudan with the West and Israel, with enough success to merit delisting as a state sponsor of terrorism by the Trump administration in December 2020. 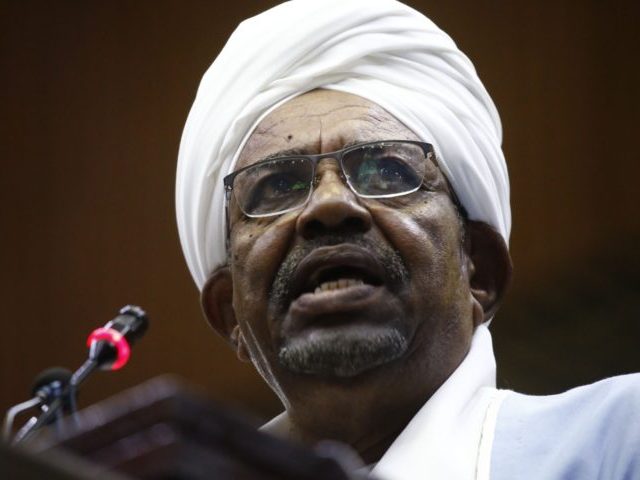 Under Bashir, Sudan played a major role in funneling money and weapons to Palestinian terrorists, with Sudanese companies and their assets serving as laundromats for Hamas money. The new government agency dedicated to unraveling these networks, picturesquely named the Committee to Dismantle the June 10,1989 Regime and Retrieve Public Funds, has reportedly seized assets including “real estate, company shares, a hotel in a prime Khartoum location, an exchange bureau, a TV station, and more than a million acres of farmland.”

“They got preferential treatment in tenders, tax forgiveness, and they were allowed to transfer to Hamas and Gaza with no limits,” said one member of the committee’s anti-corruption task force.

Reuters elaborated on the example of Hassan & Al-Abed, which began as a cement company, branched out into real estate, joined a network of ten big companies with huge overseas bank accounts, and allegedly wound up moving money to “investors” from Hamas.

Although the State Department would not comment on the record, Reuters cited Sudanese and American sources who said it provided the post-Bashir government of Sudan with a list of terrorist-linked business entities that had to be shut down in order to secure Sudan’s removal from the U.S. list of state sponsors of terrorism.

The sources for these reports did not offer precise dollar amounts, but they implied a great deal of Hamas money was abandoned in Sudan because the Bashir regime was toppled so suddenly in 2019. One source said a number of Hamas officials left up to 80 percent of their Sudanese investments behind when they were obliged to flee to Turkey.

Hamas denied the reports from Sudan on Thursday, insisting it has no investments in Sudan and “no problems with any Sudanese agency.”

The Sudanese junta has been such an improvement over Bashir in terms of combating terrorism that critics who might normally object to the much-delayed plans for transition to an elected civilian government have been muted so far, but there are signs their patience is wearing thin. On Friday, a civilian member of the sovereignty council urged speedy discussions to set a firm date for elections and warned the relationship between civilian and military members of the council is growing “unwell.”

Mohamed al-Faki Suleiman, formerly a journalist, bristled at the military’s efforts to blame a recent failed coup attempt on civilian members of the council.

“The goal of this is to produce a political situation where the military component is dominant and that is unacceptable,” he said.

The U.S. State Department warned the Sudanese military not to undermine the transition to civilian power, while Senate Foreign Relations Committee chair Bob Menendez (D-NJ) warned sanctions could be re-imposed if the military seizes total power.