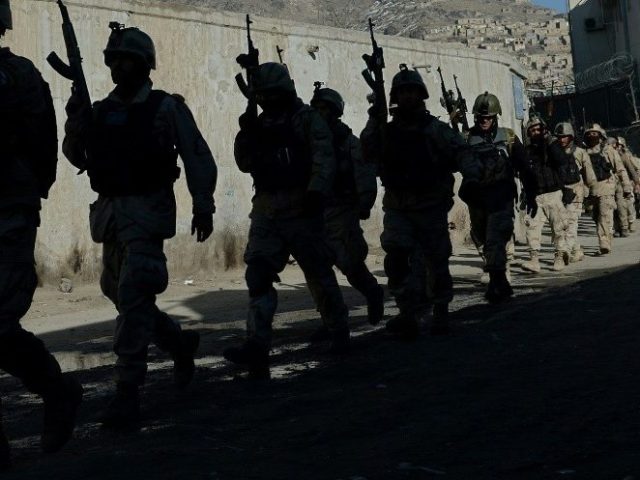 The more than 17-year-old war on terror that started in the wake of the 9/11 attacks on the U.S. homeland has killed between 479,858 and 507,236 people in Iraq, Afghanistan, and Pakistan, including at least 6,951 American troops, according to a study released Friday by Brown University’s Costs of War Project.

Titled the Human Cost of the Post-9/11 Wars: Lethality and the Need for Transparency, the report by Brown University’s Watson Institute for International and Public Affairs noted:

All told, between 480,000 and 507,000 people have been killed in the United States’ post-9/11 wars in Iraq, Afghanistan, and Pakistan. This tally of the counts and estimates of direct deaths caused by war violence does not include the more than 500,000 deaths from the war in Syria, raging since 2011, which the US joined in August 2014.

The wars are ongoing, although the wars in Afghanistan, Pakistan and Iraq are less intense than in recent years. Still, the number of civilians killed in Afghanistan in 2018 is on track to be one of the highest death tolls in the war.

The majority of deaths in Afghanistan, Pakistan, and Iraq are driven by the local security forces and civilians.

The Pentagon, at the behest of the Afghan government, has stopped reporting fatalities involving Afghan security forces.

Brown University’s most recent war on terror death toll shows a 22 percent increase in deaths over the past two years, Voice of America (VOA) pointed out.

The war in Afghanistan has reportedly killed an estimated 2,401 U.S. troops while the conflict in Iraq has resulted in the death of about 4,550 others.

Suicide is also an urgent and growing problem among the veterans of the post-9/11 wars. Although it is difficult to tell how many of these suicides are by post-9/11 war veterans, because the VA does not disaggregate by war, there were more than 6,000 veteran suicides each year from 2008-2016, a rate that is 1.5 times greater than that of the non-veteran population.

Brown University noted that “militants” are behind the majority of civilian deaths in Afghanistan, Pakistan, Iraq, and Syria, but acknowledged that the U.S.-led coalition and its partners have also killed civilians.

Although the recently released assessment of the war on terror does not provide an estimate for the monetary cost of the conflicts, Brown University reported last year that by the end of 2018, the United States is expected to have spent nearly $6 trillion on government-wide costs since 2001.

Brown’s total estimated cost of U.S. wars between 2001 and 2018 amounts to about $23,386 per individual American taxpayer, which is more than three times the amount ($7,740) calculated by the Pentagon.

In a study, dubbed the “Estimated Cost to Each Taxpayer for the Wars in Afghanistan, Iraq, and Syria,” the Pentagon places the total authorized war spending on those conflicts between 2001 and 2018 at $1.5 trillion.

Brown acknowledges that its recent study “is an incomplete estimate of the human toll of killing in these wars,” noting, “Because of limits in reporting, the numbers of people killed in the United States post-9/11 wars, tallied in this chart, are an undercount.”

“This ally does not include “indirect deaths.” Indirect harm occurs when wars’ destruction leads to long-term, “indirect,” consequences for people’s health in war zones, for example, because of loss of access to food, water, health facilities, electricity or other infrastructure,” the report added.