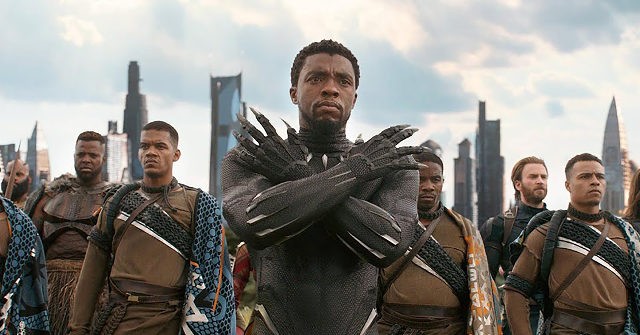 A-list Hollywood celebrities have donated millions of dollars to social justice causes, including the Marxist political organization Black Lives Matter. Meanwhile, their own industry is suffers from “persistent racial inequities” which is costing Hollywood roughly $10 billion a year, according to a new study released on Thursday by McKinsey and Company.

In a study examining “racial complexities and challenges of this dynamic workplace” throughout “the entire film and TV ecosystem,” McKinsey says it has found that addressing “racial inequities” in Hollywood could result in a 7 percent increase in annual revenues.

“Barriers that undermine equity in content development, financing, marketing, and distribution come at a substantial cost to the film and TV industry,” McKinsey said of its study. “We estimate that the film and TV industry could unlock more than $10 billion in annual revenues simply by addressing these barriers, the equivalent of a 7 percent expansion in baseline industry revenues.”

By addressing the persistent racial inequities, the industry could reap an additional $10 billion in annual revenues—about 7 percent more than the assessed baseline of $148 billion. Fewer Black-led stories get told, and when they are, these projects have been consistently underfunded and undervalued, despite often earning higher relative returns than other properties.

McKinsey adds that “while a certain amount of progress has been made with on-screen talent in recent years — our new analysis shows that inequity persists and is deeply entrenched across the film and TV ecosystem.”

“To shed light on the scale of the racial disparities and the potential economic opportunity in addressing them, we analyzed data and reviewed multiple research reports on thousands of films and TV shows,” McKinsey said. “Our estimates are based on closing the representation deficit for black off-screen talent, achieving production and marketing budget parity, and giving black-led properties equal international distribution.”

Among the study’s findings, McKinsey says that only 3 percent of films are “race agnostic,” meaning films in which the race of the characters are not necessary to the storytelling. As for what McKinsey calls “race adjacent,” meaning films specifically about the race of its characters, that figure doubles to 6 percent.

“Black talent is underrepresented across the industry, particularly off-screen,” says McKinsey. “Our research on positions of creative control reveals that less than 6 percent of the writers, directors, and producers of US-produced films are black. In some genres (the superhero genre, for example), representation is even lower.”

“To effect genuine, sustainable change, industry leaders should strongly consider creating a dedicated, independent advocacy organization to advance racial equity in their field,” says McKinsey. “Such an arm’s-length group would need vocal backers and strong partnerships with film and TV leaders to boost its reach and influence across the industry.”