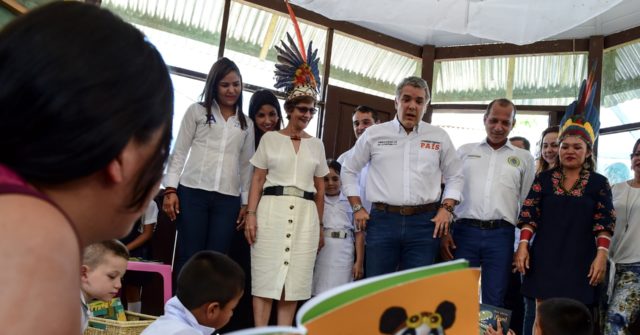 The number of illiterate six- and seven-year-olds in Brazil surged by 66 percent from 2019 to 2021, which is a time period coinciding with prolonged school closures across Brazil due to the Chinese coronavirus pandemic, Agence France-Presse (AFP) reported on Tuesday.

“[T]he number of illiterate six- and seven-year-olds in Brazil rose from 1.4 million in 2019 to 2.4 million last year,” AFP reported on February 8.

“That represents 40.8 percent of children in that age group — a worrying sign for a country that has been hit particularly hard by Covid-19 [Chinese coronavirus], with widespread school closures that have been particularly detrimental for the poor,” according to the news agency.

“It was the largest percentage since record-keeping on childhood illiteracy in Brazil began in 2012,” AFP noted.

The Brazilian charity Todos Pela Educacao (“All for Education” in Portuguese) first reported the findings cited by AFP on February 8. The charitable group based its report on data from a national survey of Brazilian households conducted by the Brazilian Institute of Geography and Statistics.

Five million children between the ages of six and 17 years old in Brazil did not have access to education in November 2020 according to the findings of a United Nations Children’s Fund (UNICEF) report published in January 2021. More than four million of these five million children were enrolled in schools but were unable to participate in remote learning or in-person classes for most of 2020.

Many Brazilian children who failed to learn how to read or write from 2019 to 2021 were enrolled in schools but simply could not adjust to remote lessons during the pandemic, according to the accounts of parents who spoke to GloboNews on February 8.

Vanusa Alves told GloboNews her daughter Marcelly, 7, has not learned how to read or write properly due to her struggle to transition to remote learning during the pandemic.

According to Alves, Marcelly “completed the first year of elementary school in 2021, during the pandemic, at a municipal school in Malhada, a city in the interior of Bahia [a state in northeastern Brazil].”

“She did the activities on a digital platform, but hardly took classes. She shared her cell phone with her sister,” Alves recalled of her daughter’s learning difficulties.

“To this day, she doesn’t know how to read and write with the ease expected of a 7-year-old,” Alves acknowledged.

Brazilian President Jair Bolsonaro has opposed coronavirus lockdowns, including school closures and suspensions on in-person learning, throughout the pandemic. The country has endured widespread school shutdowns despite its president’s anti-lockdown stance because Brazil’s government is based on a federal system in which its 26 individual states (and one federal district) all hold policymaking powers, including the ability to close public school systems.