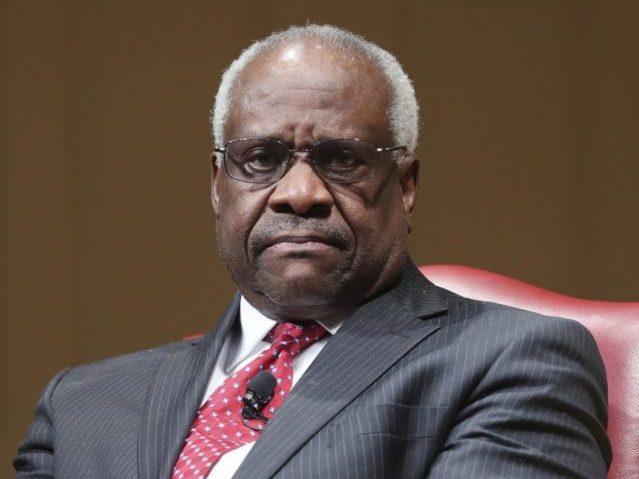 Students at the Savannah College of Art and Design are petitioning to remove Supreme Court Justice Clarence Thomas’ name from a building on campus, a concerned parent has published a counter-petition in response.

The petition to remove Thomas’s name was started by Sage Lucero, a student who said she never realized there was a building on campus named after the Supreme Court Justice until the Kavanaugh hearings brought it to her attention.

Lucero wants to see Justice Thomas’ name removed from the Clarence Thomas Center for Historic Preservation building, and wants the building renamed after Anita Hill, who accused Thomas of sexual misconduct in 1991, when he was nominated to the Supreme Court.

“The case between Clarence Thomas and Anita Hill in 1991 was extremely similar to what is happening to Dr. Ford today,” the petition states, “When will we learn that a victim’s trauma should outweigh politics? For women like Dr. Ford, and Anita Hill to come forward and speak out about what happened to them is extremely traumatic.”

“It’s utterly disgraceful to me that I attended a school where a building was named after a sexual predator,” Lucero continues, “And not just any sexual predator, one who wrongfully won against a woman’s word.”

However, not everyone is in agreement.

Lamar Bowman, a parent of two graduates from Savannah College of Art and Design, published a counter-petition this afternoon, calling to keep Justice Thomas’ name on the building.

“I am proud to know that there is a building on that campus that recognizes one of the most accomplished African Americans of our time,” stated the concerned parent in the counter-petition, “I am proud to live in a country where someone can begin life deep within the clutches of poverty and racial oppression, but through hard work, education, faith and determination become a Senior Associate Justice on the U.S. Supreme Court.”

Bowman goes on to say that Justice Thomas’ life story has only been made possible because of the United States of America, and that the good he has done serves as a testament to the idea that anyone with the will to work hard can achieve anything.

“We cannot become a nation where the bedrock legal standard of presumption of innocence is abandoned, character forever impugned and lives forever ruined in the pursuit of petty political partisanship.” Added Bowman.

The Savannah College of Art and Design did not have a comment, but a spokesperson from the college told Breitbart News that they are aware of the new counter-petition that was published this afternoon.