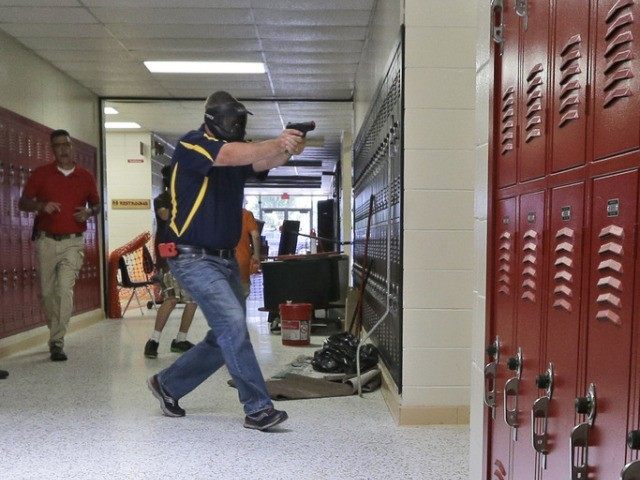 Bradley Cooper was at school when the lockdown alarm falsely sounded in Willard High School, and he emerged from the ensuing chaos pushing for armed teachers in the event of a real attack.

The school apologized after its lockdown alarm “accidentally” went off on December 21, 2018:

Good morning, Tigers! We want to make you aware that the “Lock Down” alarm was ACCIDENTALLY triggered this morning at @Willard_HS . Tech crews are working to get it disabled now. Classes will resume as normal. We apologize for the inconvenience!

Cooper, a freshman at Willard High, observed that the false alarm laid bare the vulnerability of the school. He said that everyone thought a real school shooting was taking place and it led to confusion, showing that students and teachers alike were defenseless. He told Breitbart News, “School safety is not a Red or a Blue issue, rather a Red, White, and a Blue issue. It is about time we realize that.”

He is asking for his administration to adopt an overarching security policy that includes arming teachers. He would like to see the school use the NRA’s School Shield Program.

On February 19, 2018, Breitbart News reported that the NRA School Shield Program provides “a layered approach to safety to help ensure a predator who violates the outside of the perimeter of a campus can be stopped, even eliminated, before students are harmed.” The program requires training, installation, and acquaintance with certain communications equipment, surveillance methods, protocols, and security, but the NRA offers grants to help schools afford the program.