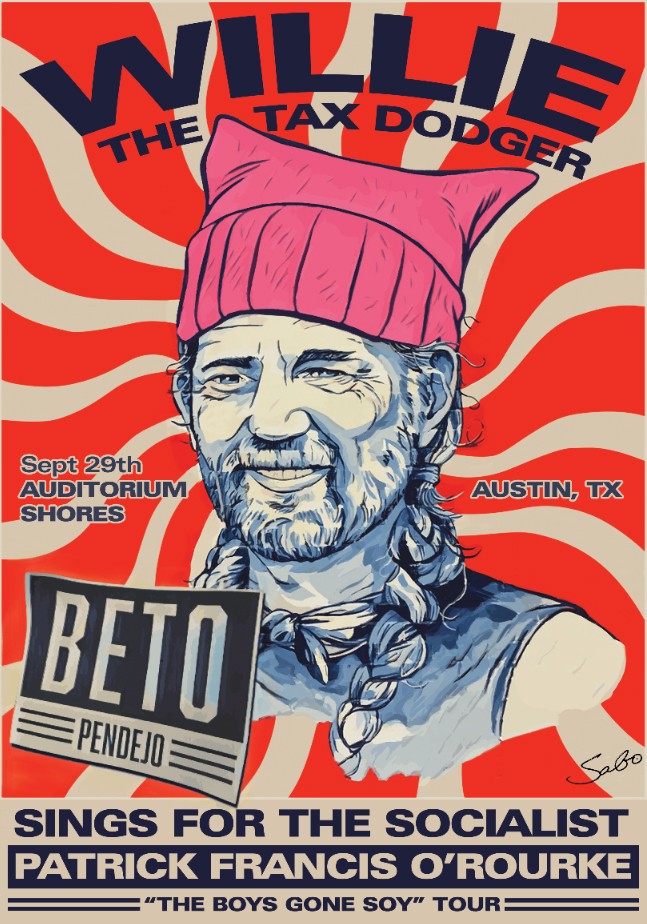 On September 29th, Nelson plans to play a show in Austin, Texas, for Beto O’Rourke, who is challenging Ted Cruz for his U.S. Senate seat this fall.

Some fans reacted with anger to the new of Nelson’s upcoming performance, which the 85-year-old singer recently shrugged off, saying, “I’ve been supporting Democrats all my life.”

In a recent debate with Cruz, O’Rourke was asked about his drunk driving arrest from 1998, and he responded by giving a lecture on white privilege.

“I’ve made the most that I could with my second chance and my opportunity. What I do know is that as a white man in this country, there is a privilege that I enjoy that many African-American men and women do not,” he said.

“They do not have that second chance, they’re forced to check that box on an employment application form that makes it harder for them to get a job,” O’Rourke added.

Sabo has targeted a number of other popular left-wing causes and figures. Earlier this year, he mocked the #MeToo movement. In January, Sabo left street art around Los Angeles insisting that Hollywood celebrities “all knew” about abuse in the film industry.

In August, the street artist also poked at Asia Argento, once a hero of the #MeToo movement who has now been accused of sexual abuse.

Sabo’s posters covered a photo of Argento with the slogan “#HerToo.” 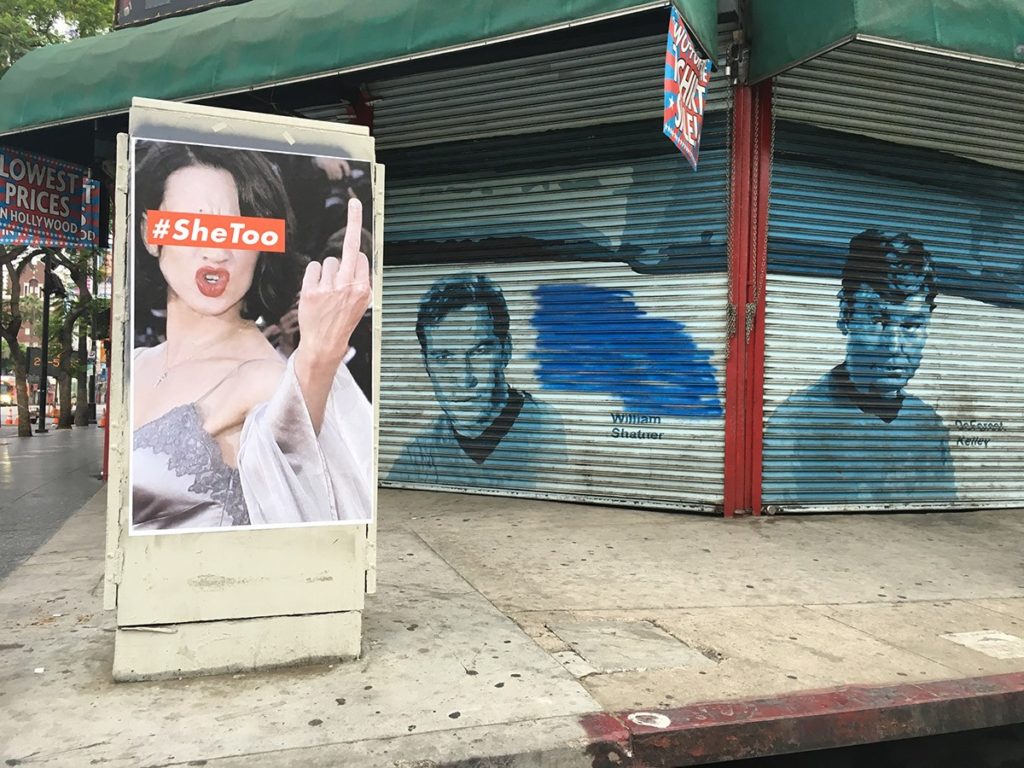