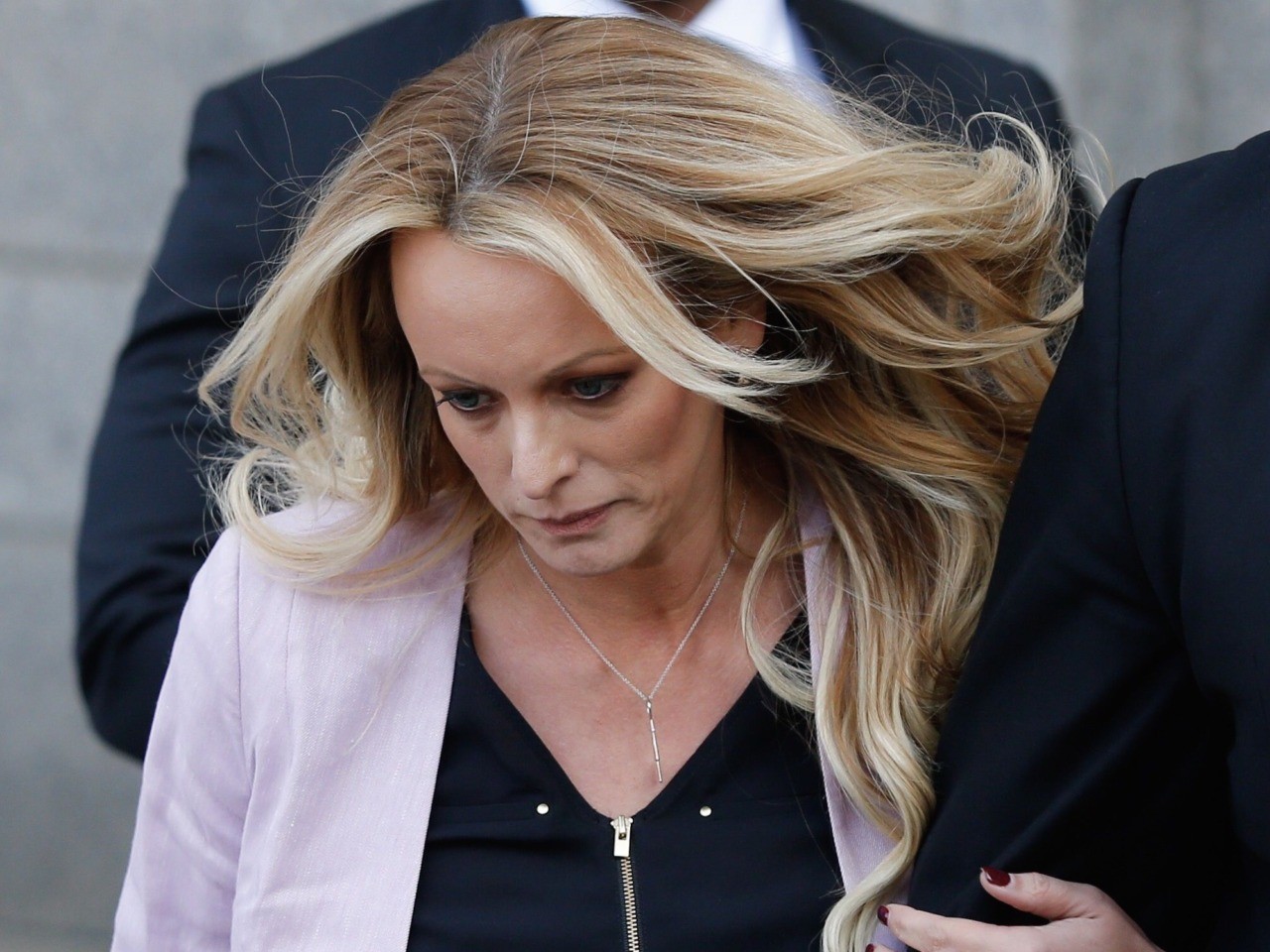 “I actually feel pretty terrible about it,” Daniels told reporter Liz Hayes of Australia’s Channel 9. “Because in a way it’s body shaming.”

Daniels claims that she had a sexual tryst with Trump in 2006, just months after his wife, Melania, gave birth to their son, Barron. Trump denies the affair but apparently approved of a deal arranged by his then-lawyer, Michael Cohen, in 2016, under which Daniels would keep silent in return for $130,000.

After Trump took office, Daniels has been trying to be released from the agreement. She has been represented by attorney Michael Avenatti, who has become a ubiquitous presence on cable news and is planning to challenge Trump in 2020.

Last month, the UK Guardian published an excerpt from the book in which Daniels — whose real name is Stephanie Gregory Clifford — mocked the president:

She describes Trump’s penis as “smaller than average” but “not freakishly small”.

“He knows he has an unusual penis,” Daniels writes. “It has a huge mushroom head. Like a toadstool …

“I lay there, annoyed that I was getting fucked by a guy with Yeti pubes and a dick like the mushroom character in Mario Kart …

“It may have been the least impressive sex I’d ever had, but clearly, he didn’t share that opinion.”

However, Daniels appears to be having second thoughts, “now that the book is out and people are reading about it.” She said she was “angry” when she mocked Trump, but now felt “conflicted” about what she had done.

Daniels also told Hayes that she did not intend to hurt Trump: “No, I did not want to hurt him. My intention was for people to stop hurting me.”

8.30 SUNDAY on #60Mins – The Stormy Daniels tell all interview. @TheLizHayes meets the woman @realDonaldTrump tried to silence. And she has a lot to say… pic.twitter.com/Wtzeg0yBau