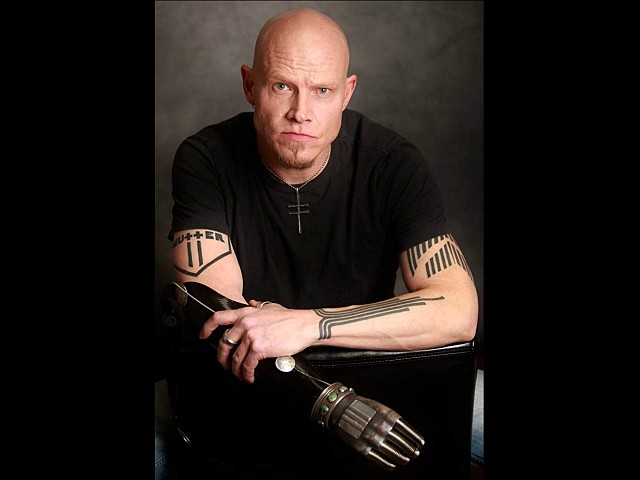 An actor who has appeared on the television shows Better Call Saul and Longmire admitted to a local news outlet Monday that he severed his arm and lied about how it happened by posing as a war veteran.

Todd Latourette, an Albuquerque, New Mexico, based actor who said he had been diagnosed with bipolar disorder, told KOB4 Monday that he sawed off his arm during a psychotic episode 17 years ago and had been off his medication at the time of the episode.

“I severed my hand with a Skil saw,” Latourette said. “The state of my mind was a psychotic episode.”

Despite the gruesome episode, Latourette was able to find work as an actor with an amputated limb over the years by concocting a story about being a war veteran. He most recently appeared as Skell in season four episode five of AMC’s Better Call Saul.

“I was dishonorable. I’m killing my career by doing this, if anyone thinks this was for personal edification, that’s not the case,” says Latourette. “I’m ousting myself from the New Mexico Film Industry. And gladly so, just to say what I’ve said.”

Latourette, who said he is back on his medication, said he chose to come forward because he no longer wanted to live a lie, even though he said it might affect his acting career in the future.

But the Albuquerque-based actor said he hoped his story would help those who struggle with mental illness and encourage them to stay on their medication.

Representatives for AMC have not commented on Latourette’s story as of Wednesday.