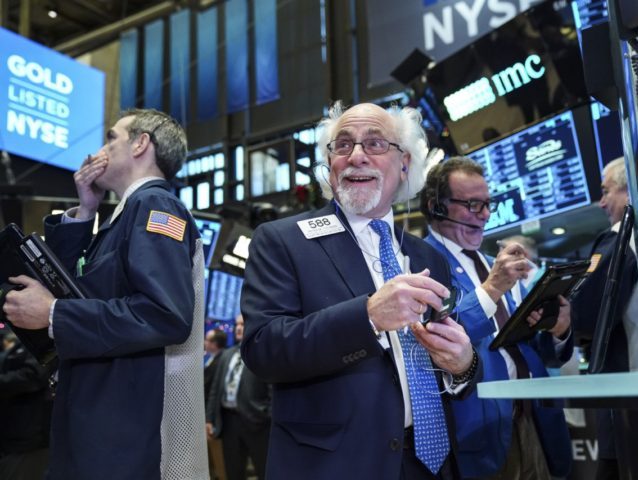 The stock market celebrated the end of the first week of the New Year with a massive rally.

The Dow Jones Industrial Average rose 746 points, a 3.29 percent gain. The Nasdaq Composite was up by even more, 4.3 percent, exiting bear market territory. The S&P 500 climbed 3.4 percent. Our beloved Russell 2000, which tracks smaller U.S. companies, outshone some of the big boys with a 3.7 percent rally.

The jobs data began the new era of good feelings for stocks Friday morning, showing that the economy adding a double-take worthy 312,000 jobs in December. Many a trader and at least one rightwing financial journalist had to check to make sure some of the numbers had not been misplaced. Economists, after all, had forecast a rise of less than 180,000. And who ever heard of economists being wrong?

Next it was the turn of Jerome Powell, formerly known as Jay and currently known as the Federal Reserve chairman, to play the role of the herald angel singing sweetness into the stock market. The Fed’s balance sheet runoff is no longer on autopilot, he said. And the noise of bears growling in the pits of the stock exchange had, finally, caught the attention of the central bankers in their stony towers.

At one point, the Dow was up by more than 800 points. But that seemed a bit much going into the weekend so investors bid it down to just a 746 point rise.

There may have been some assistance from a less reported angle. The White House on Friday announced the names of a delegation of trade negotiators heading to China. Assuming they eventually are allowed to return from China, this is likely a sign that the negotiations have faired better than Apple’s iPhone sales in China.

Netflix shares surged 9.72 percent despite the fact that so many Americans are working now that there are fewer idlers to binge watch its shows. Apple climbed about halfway out of the hole chief executive Tim Cook dug a day earlier by admitting that sales in China have been lagging behind expectations. Shares were up around 4.7 percent. The enthusiasm even drove Tesla shares up 5.7 percent. Facebook, Amazon, and Alphabet all rose more than 4 percent.

While it is still too early to tell if this is a break from the October through December bear market or simply a temporary respite from the cold, investors at least can take comfort that the economy appears a bit further away from a recession than it did a few weeks ago and the Fed a bit less likely to rush us into one than it seemed as recently as yesterday.