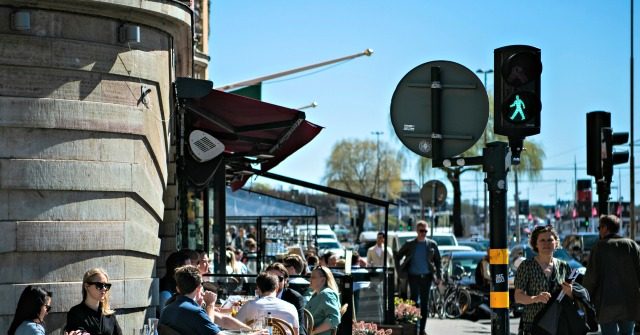 Sweden, unlike its neighbors and the United States, did not impose a lockdown to stem the spread of the ongoing novel coronavirus outbreak, but its capital Stockholm could still reach “herd immunity” within weeks, the country’s chief epidemiologist reportedly said this week.

“In major parts of Sweden, around Stockholm, we have reached a plateau (in new cases), and we’re already seeing the effect of herd immunity, and in a few weeks’ time, we’ll see even more of the effects of that. And in the rest of the country, the situation is stable,” Dr. Anders Tegnell, the chief epidemiologist at Sweden’s Public Health Agency, told CNBC on Tuesday.

The strategy — aimed at allowing some exposure to the virus in order to build immunity among the general population while protecting high-risk groups like the elderly — has been controversial. Some health experts liken it to playing Russian roulette with public health. … Tacitly allowing the virus to spread (albeit having put measures in place to slow its spread) puts the elderly and people with existing health conditions at a greater risk of becoming seriously ill and, potentially, dying.

Dr. Tegnell acknowledged that the number of coronavirus deaths in Sweden’s nursing homes, which have seen more than half of the fatalities, is worrying.

Rather than imposing social mitigation strategies promoted by some scientific advisers, Sweden is mostly trusting the public to take voluntary action to hinder the spread of the disease.

The Swedish government is urging people to work from home when possible and avoid non-essential travel and social activities with the elderly population.

Dr. Tegnell told CNBC that he was “fairly confident” in the strategy Sweden has adopted but warned that it would be too early for the government to lift restrictions imposed to stem the spread of the coronavirus.

“A big part of the country has not been affected at all yet,” he said.

Most of Sweden’s confirmed coronavirus cases originate in and around Stockholm, with a minimal number elsewhere in the country of about ten million. Stockholm has already reached the peak of infection.

CNBC acknowledged that Sweden (16,755 cases; 2,021 deaths) is home to a substantially higher number of confirmed cases and deaths when compared to neighboring Denmark (8,271 cases; 394 deaths) and Finland (4,284; 172 deaths), which imposed lockdowns. The population of Denmark and Finland, however, is much smaller than Sweden’s, which means the infection and death rates could be about the same.

Some antibodies studies have suggested that the coronavirus is more widespread but less deadly than initially predicted.

A population can reach herd immunity when health officials deem an estimated 60 percent of citizens immune. Usually, a community achieves herd immunity through vaccination, which is not yet an option to combat the coronavirus.

Some countries have also reported reinfections of coronavirus.

More than 95 percent of the U.S. population currently lives in places that have imposed lockdown measures to stem the spread of the coronavirus, including social distancing and the closing of non-essential businesses.

However, some analysts like economist Lyman Stone have argued that “ordering people to cower in their homes, harassing people for having playdates in the park, and ordering mall businesses to close regardless of their hygienic procedures [have] no demonstrated effectiveness” in combating the virus.

“The scientific and medical case for strict lockdowns is paper-thin,” Stone added in an assessment published on Wednesday.

The economist reportedly examined quarantine data from 13 regions around the world, including the United States.

Some health officials, like U.S. National Institutes of Health (NIH) Director Francis Collins, have said that the lockdowns could even fuel mental health issues leading to suicides.

“Stay at home” orders have triggered protests across the country by individuals who are not happy with lockdown rules and want to get back work.

Dr. Anthony Fauci, a member of the White House Coronavirus Task Force, told reporters that the mitigation policies implemented by the United States to help stop the spread of the coronavirus “worked.”

In New York, the epicenter of the U.S. outbreak, deaths are decreasing, and the spread of the virus is slowing down, Fauci, the head of the National Institute of Allergy and Infectious Diseases, noted.

He said that social distancing measures must remain in effect for the U.S. to continue reaping the benefits of the measures.

“Although I know one has the need to leapfrog over things, don’t do that, do it in a measured way, this is a successful formula,” he said, referring to efforts to open the United States back up.

The White House Coronavirus Task Force has released guidelines for reopening the economies of states and localities, some of which are preparing to do just that.