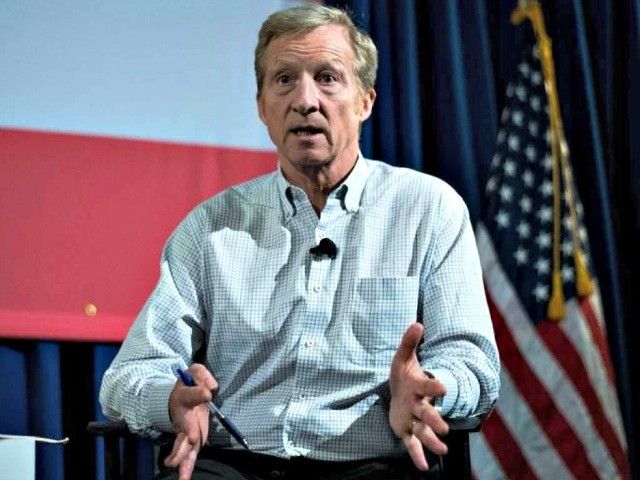 Sunday on CNN’s “State of the Union,” billionaire and Democratic donor Tom Steyer discussed the recent mail bomb scares targeting political figures, including himself, and the synagogue shooting in Pittsburgh a day earlier that resulted in the killing of 11 people.

On Trump’s comments on the incidents, Steyer said, “I think his response to the tragedy was appropriate. But there’s something much bigger than that going on here, which is the atmosphere that he’s created and that the Republican Party has created in terms of political violence.”

He continued, “I think, if you look across the political scene, what you see is routine, systematic lawlessness, an attempt to break small-D democratic norms, in pursuit of victory at all costs. We see it in voter suppression. We see it in extreme gerrymandering. We see it in the violent political rhetoric of course that people have been alluding to all morning. But, more than that, we see it in a president who has been breaking the law systematically as a candidate, as a businessperson, and as a president.”