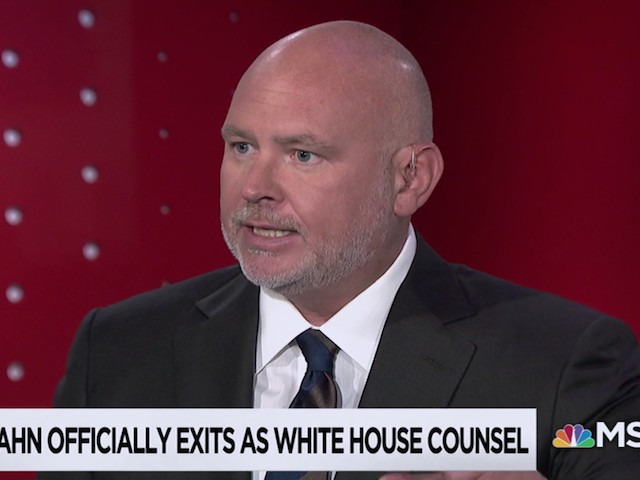 Schmidt said, “This is a deliberate strategy of incitement. In American politics, our leaders used to go out and try to persuade the American people that their side was perhaps a little bit more correct than the other side. There’s never been a gentle period of American politics, but what we’re seeing here is something new, particularly from our president. He uses lying at mass rallies to scapegoat minority populations. He alleges conspiracies. He creates a sense of mass victimization and then positions himself as the avenger on behalf of the victims, defending them from the invading hoard of migrants coming from the south, approaching the border. This is all BS of the first order.”

He continued, “When you see Newt Gingrich up there, one of the most singularly pernicious forces in the history of American politics, a man who, more than any other, has wrecked the collegiality, the comedy, who began and begat this era of partisan warfare. When you see his smug smirk talking about caravan and Kavanaugh, caravan and Kavanaugh, the caravan. These are vulnerable people fleeing some of the most violence ravaged places on earth. And why do they walk for 2,000 miles? Because of the power of an idea. That idea is this place—America, a place where people are free. and they are safe. And the idea that when a mother, through suffering, through abuse, through risk and sometimes death all around them, when they reach the border and they see a uniform with an American flag and they are no longer safe. Or that baby is ripped away and put into an internment camp, this is a moral outrage that harkens to the worse excesses in the history of this country, to the separation of families at the slave auction blocks, to the separation of native American families. It is a moral outrage.”