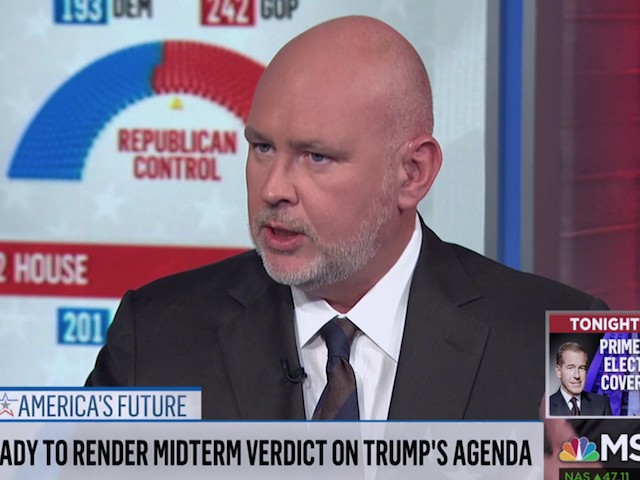 Schmidt said, “Let’s understand what’s happened over the last couple of weeks in this country; we’ve seen a president of the United States make up out of whole cloth an invasion by saying that there is an invading army of disease-ridden immigrants coming to crash through the southern border. He has deployed active duty assets of the United States military including elements of the 101st and 82nd Airborne, The 4th Infantry division. Units that have deployed over and over again, dozen times to Iraq and Afghanistan. How many Thanksgivings, how many Christmases, how many graduations, have those soldiers missed? And for them to be put down there for this nonsense is an abuse beyond description.”

He added, “The incitements racially, this is a campaign that Lester Maddox or George Wallace would have been proud of. We have never seen anything like it in our lifetimes in this country. And for Republicans to sit there and to point fingers, they want to point fingers, look in the mirror because two years ago, when Donald Trump came to Washington, there were three parties in the town. There was a Democratic Party, a Republican Party and Donald Trump. The Republicans made the affirmative decision, one by one by one, Lindsey Graham is the great avatar of them all, to capitulate to it, to surrender to it, the vileness, the meanness, the cruelty, the dishonesty, the assaults on objective truth.”