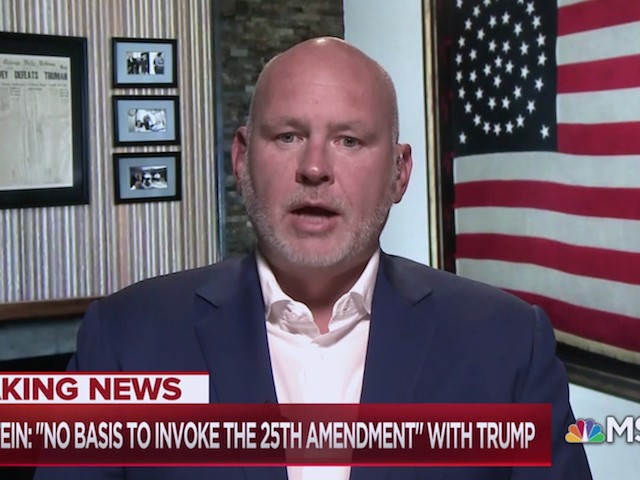 Schmidt said “They’re in a lose-lose situation now. You would see a demoralized base. It would be a major defeat for the president. He will be seen to have backed down. The base will be angry. It will be enraged at Republican Senators who they think will have betrayed the president. But also if they force it through and Kavanaugh is confirmed, it will intensify passions on the Democratic side. It will drive women turnout in this election in 2018, and I think that whatever the size of the blue tsunami that’s coming—and I think there is one coming—I think it’s going to grow. I think it could be the difference, for example, between Beto O’Rourke narrowly being defeated by Ted Cruz and Beto O’Rourke narrowly winning that race.”

He added, “But there will be a profound political implication no matter what. This is a terrible circumstance. Let me just say that I think that it’s going to be impossible to find out what happened in that room between teenagers 36 years ago, but it’s not impossible to find out in the moment if someone’s lying about memories of where they were and when it happened and specifically if there is any knowledge by Judge Kavanaugh about the Ed Whelan conspiracy theory where a middle school teacher was smeared and publicly identified as the person who possibly did that. If that was a coordinated strategy—and I’m not suggesting for a second that Brett Kavanaugh had any knowledge about it—I say this as someone who ran two of these, the nominees don’t have much say in the political strategy around them—but if he knew, then I think that disqualifies him, and it has to go down. At the end of the day, this is Collins and Murkowski who are the two senators that are going to determine whether he sits on the court or whether he doesn’t.”