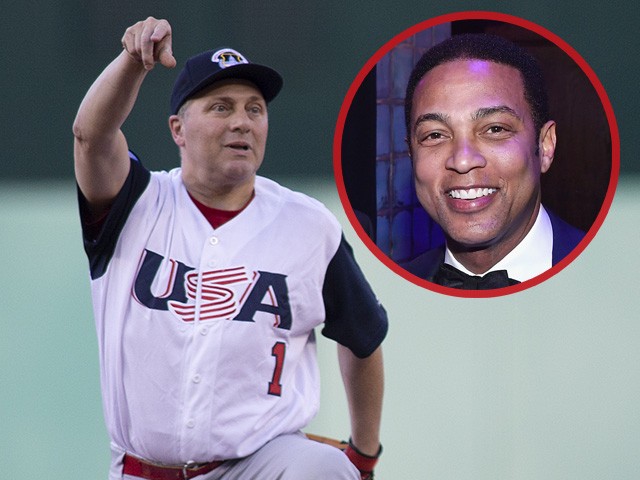 On his Monday primetime broadcast, Lemon said, “The right-wing group killed the woman in Charlottesville. This guy is a right-winger who killed the people in the synagogue. The right-winger sent bombs to CNN and to Democrats. I don’t see Democrats killing people because of political — yeah, there may be democratic operatives who are out there.”

He also said that political violence was “for the most part” committed by “extreme right-wingers.”

Scalise himself was, of course, a victim of a shooting last year by a left-wing Bernie Sanders supporter, James Hodgkinson.

The shooter who stormed a GOP baseball practice and shot Scalise was yelling about health care and had a list of Republicans in his pocket that he wanted to target, according to Sen. Rand Paul (R-KY), who was at the field what it was targeted.

“I was there at the ballfield when Steven Scalise almost died from a very, very angry, violent man who was incited, really, by rhetoric on the left,” Paul said earlier this month.

“And this hasn’t been reported enough: When he came on to the ball field with a semiautomatic weapon, firing probably close to 200 shots at us, shooting five people and almost killing Steve Scalise, he was yelling, ‘This is for health care!’ He also had a list of conservative legislators–Republicans–in his pocket, that he was going to kill,” the Kentucky senator also said.

CNN’s Lemon has previously defended the Antifa harassment of Republican Ted Cruz, saying last month, “In a way, I think it goes with the territory. I don’t like that they were blocking his wife, but, that’s what he signed up for.

“And as a strict Constitutionalist, which Ted Cruz is, he knows that it’s protected under the First Amendment. Again, I don’t like it, I wouldn’t want it to happen to me, I don’t like it happening to his wife. But he… that’s what he signed up for. That’s part of the deal.”