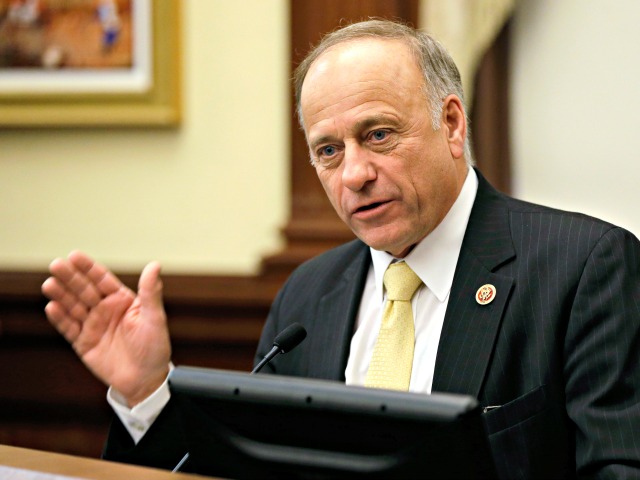 Rep. Steve King (R-IA) is facing new criticism Thursday after comments appeared in the New York Times in which he questioned when the terms “white nationalist” and “white supremacist” had become offensive.

The article, titled, “Before Trump, Steve King Set the Agenda for the Wall and Anti-Immigrant Politics,” sought to link King’s controversial statements with his long-standing support for a tough immigration policy.

The Times published the following:

Mr. King, in the interview, said he was not a racist. He pointed to his Twitter timeline showing him greeting Iowans of all races and religions in his Washington office. (The same office once displayed a Confederate flag on his desk.)

At the same time, he said, he supports immigrants who enter the country legally and fully assimilate because what matters more than race is “the culture of America” based on values brought to the United States by whites from Europe.

“White nationalist, white supremacist, Western civilization — how did that language become offensive?” Mr. King said. “Why did I sit in classes teaching me about the merits of our history and our civilization?”

King faced a tough re-election challenge in 2018 in which his rhetoric became a campaign issue.