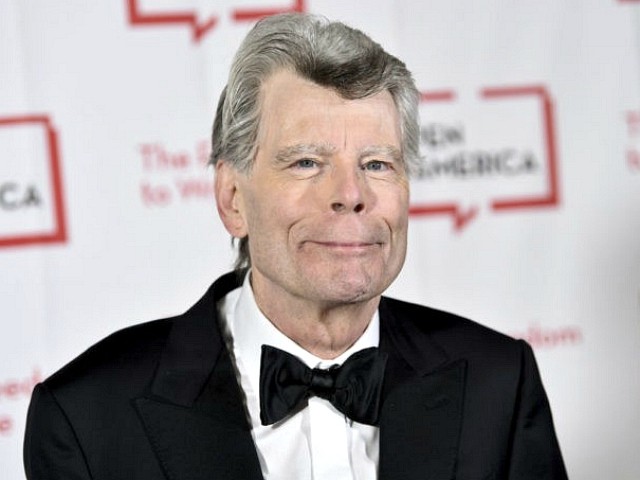 Author and Hollywood producer Stephen King has accused President Donald Trump of “holding federal workers hostage” over his “pet project” of constructing a wall along the U.S.-Mexico border.

The federal government is still experiencing a partial shutdown after Congress failed to approve funding for the border wall, Trump’s signature campaign promise.

Earlier on in the week, King also complained about how the shutdown meant the National Oceanic and Atmospheric Administration (NOAA) was unable to predict the movement and severity of the Red Tide approaching Florida’s west coast.

“More red tide threatening Florid’s West coast, but thanks to the Trump Shutdown, NOAA cannot predict where it will go or how bad it will be,” he wrote on Friday. “Thanks, dipshit.”

More red tide threatening Florid’s West coast, but thanks to the Trump Shutdown, NOAA cannot predict where it will go or how bad it will be. Thanks, dipshit.

The 71-year-old horror novelist is known for his repeated outbursts against Donald Trump and Republican politicians, having denounced the former as “rotten to the core.” Last January, King was forced to apologize after celebrating a fatal train crash carrying senior Republican politicians as a form of “karma.”

A trainload of Republicans on their way to a pricey retreat hit a garbage truck. My friend Russ calls that karma.

On Christmas Eve, King even pleaded with legislators to “put partisanship” and remove Trump from office, describing him as a “train wreck” pulling the country towards disaster.

Tell your legislators and friends who are Trump supporters that it’s time to put partisanship aside. Trump is a train wreck, and the train he’s pulling is our country. He has to be removed from office.