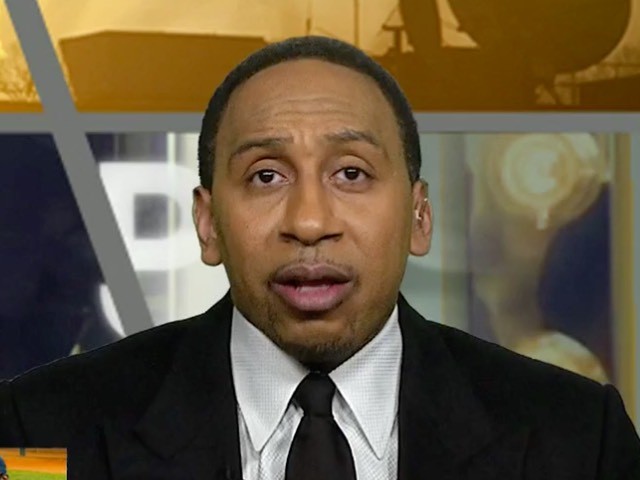 Tuesday on ESPN’s “First Take,” co-host Stephen A. Smith reacted to the New England Patriots trading for troubled wide receiver Josh Gordon, who the Cleveland Browns were prepared to cut after his long history of drug and alcohol abuse.

Smith noted how players like Gordon, an elite wide receiver when on the field, continue to stay on rosters while outspoken athletes like the aging Dez Bryant, Eric Reid and Colin Kaepernick, both National Anthem protesters, remain free agents despite success in the league.

“See, when you’re troubled, you’re easily controllable,” Smith argued. “Because if you’re Josh Gordon, what position are you in to stick out your chest and demand anything? What position are you in to speak your mind and speak up about different issues? What position are you possibly in to be empowered in any way when you’ve got the kind of problems that he has? But somebody who obeys rules and regulations and conducts himself like a respectable, civilized human being like the Eric Reids and the Colin Kaepernicks, you can’t get a job. Somebody like Dez Bryant has a mouth just like [Terrell Owens] had a mouth.”

He went on to explain, “I am not trying to imply this doesn’t happen to white athletes. … What I am saying is in the world of professional sports when you’ve got money involved, it seems to me like the more problematic you are to yourself, they are more forgiving of that. But when you are considered to be a problem in other ways, they want to ostracize you.”

The Baltimore Ravens attempted to sign Dez Bryant in the offseason, but he turned down their multi-year offer to remain a free agent.