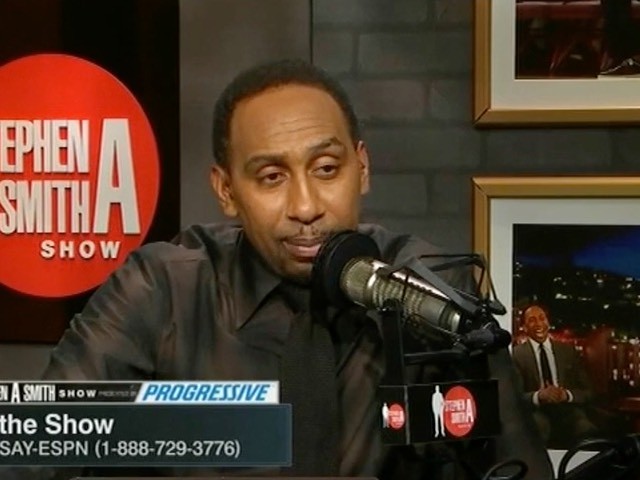 Thursday on his ESPN Radio show, Stephen A. Smith reacted to seeing rapper Kanye West meeting with President Donald Trump in the White House, saying he does not “like the look.”

Smith admitted his ESPN platform is “not the time and place” to discuss Kanye and Trump’s meeting, but he shared that he was not a fan of the rapper’s comments about the black community.

“Don’t like the look. Don’t like it at all,” stated Smith. “I’m not going to get into it, and it’s not because he’s meeting with the president. It’s not because of that. It’s because of the things that he says on camera, particularly about our community, that I do not like. But this is not the time and place for it. I just wanted to let you know what was on my mind.”