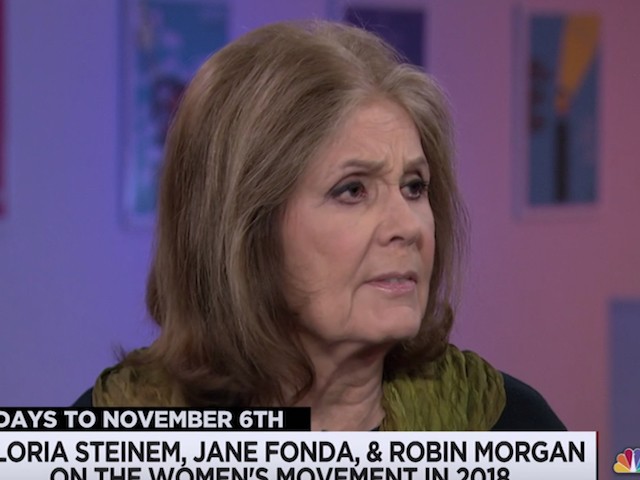 Friday on MSNBC’s “All In,” feminist and liberal activist Gloria Steinem said the one thing worse than having Associate Justice Brett Kavanaugh on the Supreme Court was being married to him.

Steinem said, “Obviously he was somebody that was not even on the first list of candidates. He was there because he believes in the power of the presidency over the Supreme Court. He was there for a specific purpose. But you know obviously I believe the accusations against him, but even if you didn’t, if you saw him on television, refusing to let his wife talk. She sat there the entire time, and finally, the interviewer asked her a question, and he answered. I mean that says it all, right?”

She added, “The one thing worse than having him on the Supreme Court is to be married to him.”