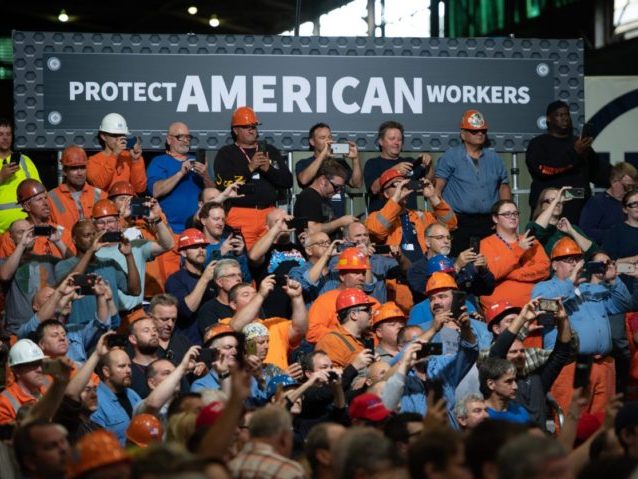 The Trump administration’s new trade pact with Mexico and Canada is much better than previous trade agreements in the area of workers rights, the United Steelworkers union leader said in a statement Monday.

The new United States Mexico Canada Agreement, which will replace the North America Free Trade Agreement, is an improvement on its predecessor and on the Trans-Pacific Partnership, the failed attempt at a multilateral trade agreement rejected by President Donald Trump shortly after he took office.

“In the area of workers’ rights, the draft text we have seen includes significant improvements over the existing NAFTA and is stronger than the rejected Trans-Pacific Partnership (TPP). It goes farther than any prior trade agreement,” United Steelworkers (USW) International President Leo W. Gerard said in a statement.

This undercuts arguments that critics of the Trump administration who say the new deal is not that different from Nafta. People with ‘skin in the game’ believe it is a much better agreement.

Gerard praised the efforts of the Trump trade team in building a better trade agreement in cooperation with labor groups.

“The USW and other labor groups have worked closely with U.S. Trade Representative Robert Lighthizer since the United States initiated renegotiation of NAFTA. Labor has provided concrete and specific recommendations. Ambassador Lighthizer has worked diligently and seriously to resolve these issues,” Gerard said.

Despite the stronger protections for labor in the agreement, labor groups say that enforcement will be crucial going forward. That means, American political leadership must stay focused on an America First economic agenda.

“The impact of the deal must be measured not only by what is in the final agreement, but also by what Mexico adopts legislatively to implement its commitments. Also, what will the Trump Administration and Congress do to ensure that the provisions of any final agreement are effectively applied, monitored and enforced? Strong text in an agreement backed up by legislative changes in Mexico will only matter if they are fully and faithfully enforced.

“t is vital to understand that this debate is not about free trade, protectionism or ivory-tower academic arguments. It is about what will happen to real people. NAFTA’s long-term impact has been devastating, and reforms are sorely needed.”