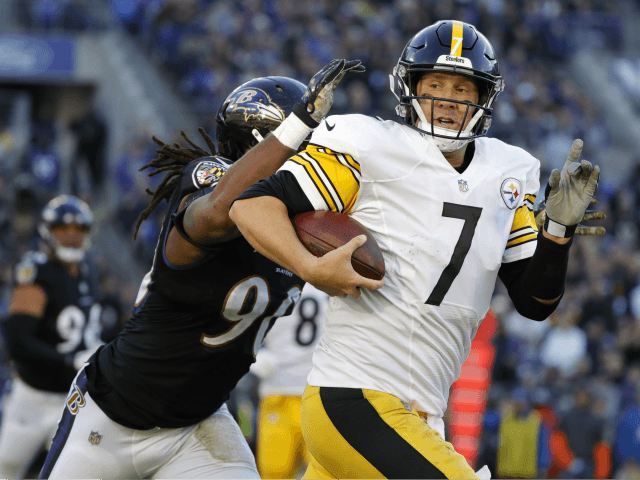 TEL AVIV – Pittsburgh Steelers quarterback Ben Roethlisberger wore special cleats with the Star of David and the words “Stronger Than Hate” during Sunday’s game against the Baltimore Ravens, in honor of the 11 victims of the Tree of Life synagogue massacre.

Ben Roethlisberger wearing these cleats today in response to shooting at Tree of Life Synagogue. Roethlisberger and his wife are close to Michele Rosenthal, who worked in Steelers’ community relations and assists with Ben’s foundation. Michele lost two of her brothers in shooting pic.twitter.com/W3UrHDBb6M

ESPN reporter Adam Schefter tweeted an image of the cleats and said that the move was an act of commiseration with Michele Rosenthal, a former Steelers employee who worked with Roethlisberger’s charity foundation and lost two brothers in the attack.

The Pittsburgh Penguins hockey team will also wear patches on their jerseys reading “Stronger than Hate” in a tribute to the victims in their game against the New York Islanders on Tuesday night. The jerseys will then be auctioned, with the proceeds going to the Jewish Federation of Greater Pittsburgh.

“The patches — and the accompanying jersey auction — are part of the organization’s effort to support victims and families of Saturday’s tragic shooting at the Tree of Life Synagogue in Squirrel Hill,” the team said in a statement on Tuesday.

The team also held a blood drive and raised funds for the victims and their families.