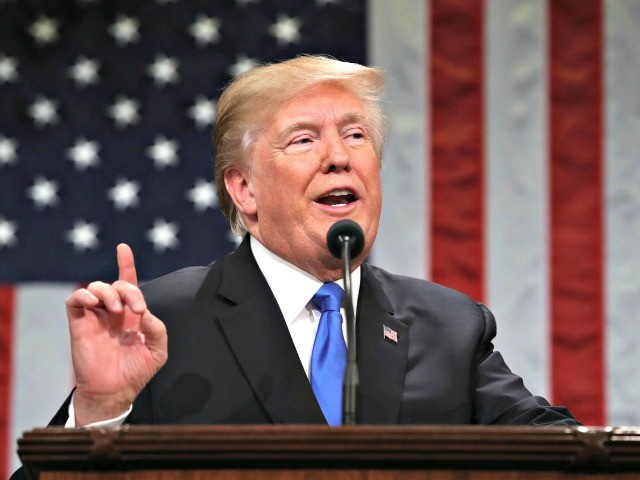 President Donald Trump will remind Congress Tuesday during his State of the Union address how he won the presidency: by fighting for the American worker and the forgotten men and women of the United States.

“The agenda I will lay out this evening is not a Republican Agenda or a Democrat Agenda. It is the agenda of the American People,” Trump plans to say, according to select excerpts from the prepared text of his speech released by the White House.

The president will urge Congress to build on the historic economic progress of the last two years and focus on bringing the troops home from conflicts overseas and to increase security at the Southern border.

“No issue better illustrates the divide between America’s working class and America’s political [class] than illegal immigration,” he will say. “Wealthy politicians and donors push for open borders while living their lives behind walls and gates and guards.”

The president will also call for more immigration reforms to help strengthen the nation.

“We have a moral duty to create an immigration system that protects the lives and jobs of our citizens,” he will say.

Trump will speak about the future of the ongoing conflicts overseas in Syria and Afghanistan.

“As a candidate for President, I pledged a new approach,” he plans to say. “Great nations do not fight endless wars.”

Trump will also urge Congress to address the trade disparity between the United States and other nations.

“To build on our incredible economic success, one priority is paramount: Reversing decades of calamitous trade policies,” he will say.