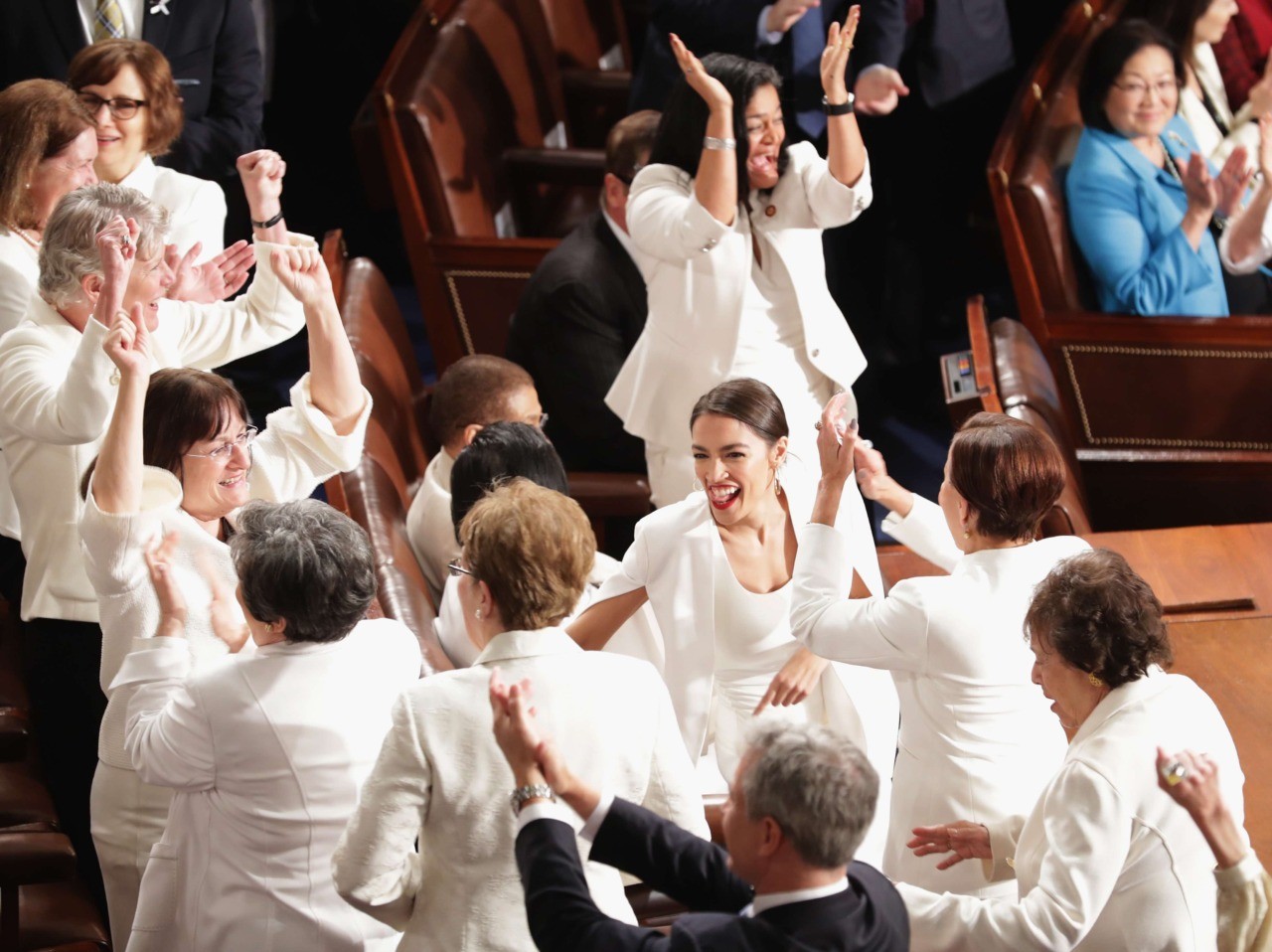 President Donald Trump did the unthinkable Tuesday night during his State of the Union address: he inspired a phalanx of left-wing women members of Congress, wearing white in protest, to jump to their feet and applaud.

Many female Democrats dressed in white, as they have for previous addresses by President Trump, in homage to the suffragettes — and in protest against a president whom they believe represents the antithesis of their aspirations.

Some, including Rep. Alexandria Ocasio-Cortez (D-NY), frowned as Trump emphasized themes of compromise and national unity.

But all — including her — rose in celebration as the president touted women’s success in the economy and in politics.

“No one has benefitted more from our thriving economy than women, who have filled 58 percent of the new jobs created in the last year,” he said.

The whole chamber stood in applause — even the women wearing white.

“You weren’t supposed to do that!” Trump joked, departing from his prepared text.

“All Americans can be proud that we have more women in the workforce than ever before,” he continued, to another standing ovation.

“Don’t sit yet, you’re gonna like this,” he continued, to laughter.

“And exactly one century after Congress passed the Constitutional Amendment giving women the right to vote, we also have more women serving in Congress than ever before,” he concluded.

The chamber just broke into cheers of “U-S-A!” again.