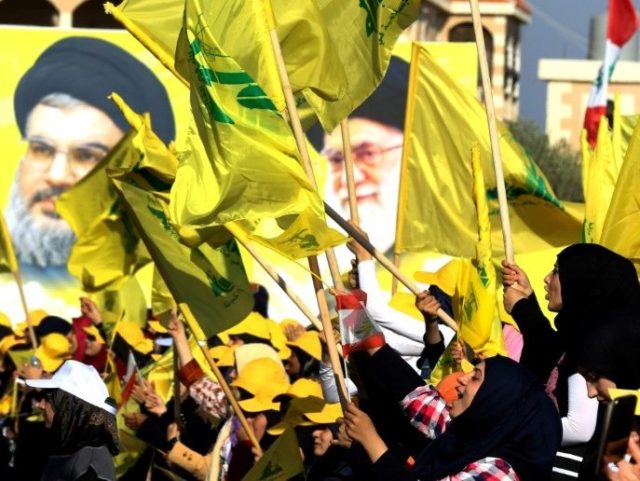 The State Department’s annual survey of global terrorism accused Iran of intensifying numerous conflicts and trying to undermine governments throughout the Middle East and beyond. Iran’s “terrorist affiliates and proxies,” the report said, “demonstrated a near-global terrorist reach.”

The number of worldwide terrorist attacks dropped by 23 percent last year compared with 2016, according to the report, a change largely due to gains against the Islamic State group in Iraq. The number also had declined in 2016 over the previous year.

The report comes as the Trump administration is toughening its stance against Iran. President Donald Trump withdrew from the landmark nuclear accord with Iran earlier this year and has begun to dismantle sanctions relief granted under the 2015 deal.

Re-imposing sanctions is one part of a larger effort by the US to cut Iran off from funds used to support proxy forces and support other “malign activity” in the region, including terrorism, according to Trump administration officials.

“Iran uses terrorism as a tool of its state craft, it has no reservations about using that tool on any continent,” Ambassador Nathan Sales, the State Department’s coordinator for counterterrorism, told journalists Wednesday. He cited Iran-linked fundraising networks in West Africa, weapons caches in South America and operational activity in Europe.

The report specifically cited the activities of Iranian Gen. Qassem Suleimani, the powerful Revolutionary Guard commander who also helped organize the Iraqi militias against IS.

Also in the Middle East, Iranian fighters and Iran-backed militias, like Lebanon’s Hezbollah, emerged emboldened from the war in Syria with valuable battlefield experience they seek to leverage elsewhere, according to the report.

Despite the drop in attacks, the report described the terrorist landscape as “more complex” and said the terrorist threat to the US and allies around the world had “evolved.”

As IS lost territory, the group became “dispersed and clandestine, turning to the internet to inspire attacks by distant followers,” which has made the group “less susceptible to conventional military action,” the report said.

The report stated that IS and groups that pledged allegiance to IS carried out attacks in more than 20 countries worldwide in 2017.

Also in 2017, al-Qaida quietly expanded its membership and operations, with a global network that includes forces in Syria, the Gulf, North Africa, Somalia and the Indian subcontinent in addition to core forces in Afghanistan and Pakistan.

“They have largely remained out of the headlines in recent years,” Sales said Wednesday, “but we shouldn’t confuse a period of relative quiet with al-Qaida’s abandonment of its capabilities or its intentions to strike us or our allies.”

The report highlighted a truck bombing in Mogadishu in October 2017 carried out by the al Qaida-linked al-Shabab extremist group that killed hundreds of people in “the deadliest terrorist attack in Somali history.”

The report stated that terrorist attacks took place in 100 countries in 2017, but were concentrated geographically with 59 percent of all attacks taking place in just five countries: Afghanistan, India, Iraq, Pakistan and the Philippines.