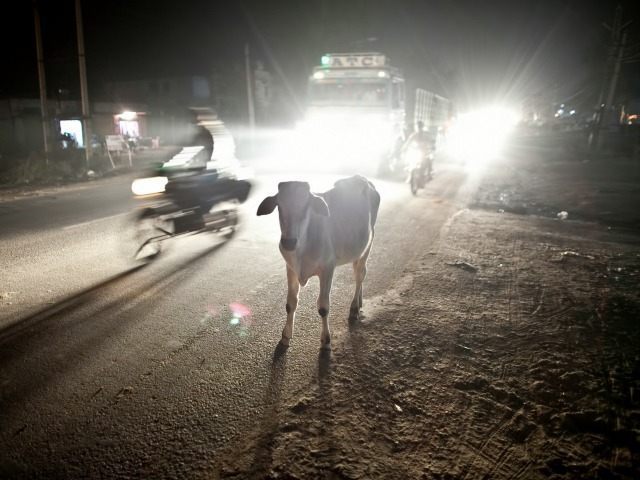 The State Department accused Indian officials on Wednesday of permitting, and sometimes promoting or participating in, mob violence against Christians, Muslims, and other religious minorities in its annual religious freedom report.

The 2019 Report on International Religious Freedom, which assesses the status of every country on earth, identified the phenomenon of “cow vigilantism” as increasingly alarming in India. The majority Hindu population of India is vegetarian and considers cows a sacred animal, in part because they help nourish humans with milk. Some Hindu nationalists, who consider other religions an affront to the identity of India, have for years targeted Christians and Muslims in part for eating beef. Concerns with the killing of cows have devolved into situations where rumors of a non-Hindu eating beef or killing a cow can trigger mob attacks and killings of their neighbors.

The State Department documented not just the mob violence, but a seeming disinterest on the part of Indian officials under Hindu nationalist Prime Minister Narendra Modi to prosecute these crimes.

“Mob attacks by violent Hindu groups against minority communities, including Muslims, continued throughout the year amid rumors that victims had traded or killed cows for beef,” the report detailed. “Authorities often failed to prosecute perpetrators of such ‘cow vigilantism,’ which included killings, mob violence, and intimidation. According to some NGOs, authorities often protected perpetrators from prosecution and filed charges against victims.”

Among the incidents of “cow vigilantism” documented was the case of a man who posted a video on social media eating beef soup, resulting in a gang of Hindu men stabbing him. The man who filmed the video was arrested for “disturbing communal harmony” along with the attackers.

India’s government documented over 7,400 “incidents of communal violence” between 2008 and 2017, the report noted, the most current available data. Human Rights Watch, as cited by the State Department, found an increase in the number of violent attacks on minorities “amid rumors they traded or killed cows for beef.”

“According to NGO Hate Crime Watch, 123 incidents of cow-related mob violence, in which Muslims comprised 50 percent of the victims, took place between 2010 and the first half of 2019,” the report noted. Christians and low-caste Hindus were also victims of this violence, as it is largely fueled by gossip and accusations of eating beef, rather than the rare instance of documented cases of beef eating.

Laws against eating beef are largely a state issue. The State Department noted that 24 of 28 states have laws against killing cows, some allowing sentences of as much as a decade in prison for someone caught selling beef.

The laws appear to be getting stricter, not more lenient. This week, the state of Uttar Pradesh joined Gujarat in extending the allowable sentencing for killing cows to a maximum of ten years in prison. In contrast, only one state, Madhya Pradesh, is documented in the report as criminalizing cow vigilantism.

“There were reports of religiously motivated killings, assaults, riots, discrimination, vandalism, and actions restricting the right of individuals to practice and speak about their religious beliefs,” the State Department noted. “Issues of religiously inspired mob violence, lynching, and communal violence were sometimes denied or ignored by lawmakers, according to a number of nongovernmental organizations (NGOs) and media outlets.”

The State Department found little appetite for the defending the rights of minorities among politicians, citing examples of politicians instead fanning the games by equating Hinduism with Indian nationality and using crimes such as “spreading lies about Hinduism” to prosecute Christians and Muslims, among others.

“In April, Hindu Mahasabha Party (HMP) Vice President Deva Thakur called for the forced sterilization of Muslims and Christians. Media also reported that the HMP continued to operate unsanctioned ‘courts’ based on the principles of Hindutva (Hindu cultural, national, and religious identity) after it unsuccessfully petitioned the prime minister in 2018 to close sharia courts around the country,” the report cited as an example.

In another example, police interrupted Christian worship in Uttar Pradesh in an incident in January 2019 and beat the woman pastor running the service, imprisoning six for participating. Given that Indian federal law allows for religious freedom, it is not clear what crime the Christians had committed.

Foreign Minister Subrahmanyam Jaishankar insisted in remarks to the press that the United States has no standing to evaluate religious freedom in India, as it was a foreign entity with no power over interpreting the Indian constitution.

The USCIRF has called for sanctions on India over its violations of religious freedom in the past.