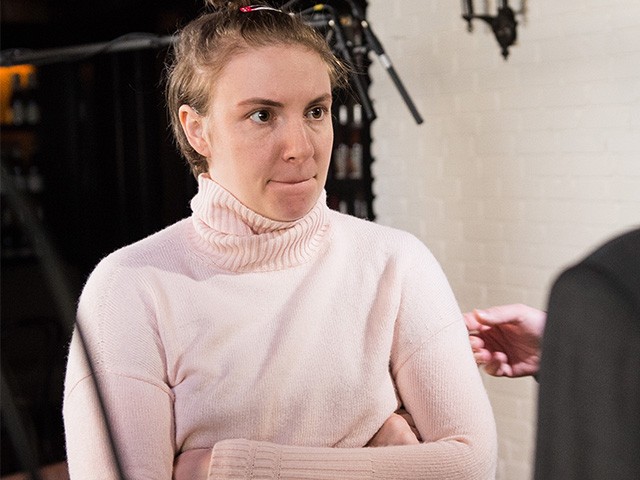 In an interview with the Hollywood Reporter published Monday, Lena Dunham, Brett Gelman, and co-creator Jenny Konner expressed their thoughts on the series that has received widespread criticism from TV critics that have typically showered Dunham with favorable reviews.
Gelman said that he’s “so sick of this word ‘unlikable.’”

“I’m so sick of reading it in reviews. I think it’s lazy,” he added.

“You have Kathryn leading this show, where if she was a man, I think people would think that that character was hilarious. Nobody wants to see a woman onscreen who is a wreck. That is pure, unadulterated systemic misogyny,” Gelman was also quoted as saying.

Dunham echoed Gelman, wondering why audiences are okay with male characters doing terrible things, but feel differently about female characters. “I can’t believe that we’re still having a conversation about unlikable women on television.”

“It doesn’t matter if you like our lead character. It truly doesn’t matter. What matters is that you relate and you understand,” the 32-year-old actress said.
Lena Dunham then seemingly compared HBO’s Camping to legendary TV shows like The Sopranos and Breaking Bad, saying, “It just drives me nuts that we can have a Tony Soprano or a Walter White or any of these characters who are wreaking literal havoc on the world around them and killing people, and then when you have a woman who’s thorny and complicated, and there’s no way to find empathy for her.”

These days, Dunham is about as well known for her left-wing political activism as she is for her career in the entertainment industry.

Dunham was an outspoken supporter of Hillary Clinton in the 2016 election, and the campaign used her as a surrogate.

Shortly before the election, the Girls star posted a video cheering on the “extinction of white men.”

It’s not the end of men, it’s the evolution of men into better men. (beautiful animation by Sophie Koko Gate!) pic.twitter.com/Qtf0xyT5Ad