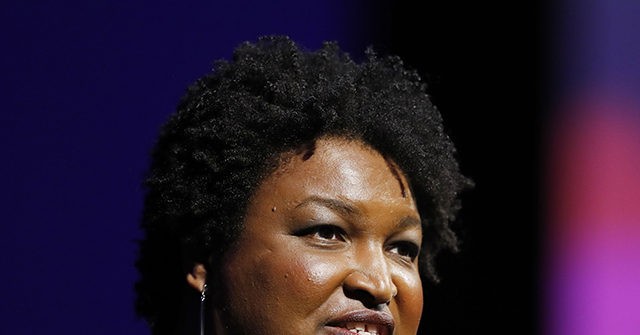 Thursday on ABC’s “The View,” former Georgia Democratic gubernatorial candidate Stacey Abrams, who is often mentioned as a possible running mate for presumptive Democratic presidential nominee Joe Biden, accused President Donald Trump of having an “authoritarian nature” that is a danger to America’s democracy.

Co-host Meghan McCain asked, “You recently said we are,  quote, ‘living in the early stages of an authoritarian regime.’ And you compared the United States to Turkey under Erdogan. You said the U.S. Senate is supporting this. Erdogan has jailed more journalists than anywhere in the Western world. He is a horrific murderous dictator. Do you think it’s fair to call the United States no better than Turkey?”

Abrams said, “I didn’t call it no better than Turkey. I said we’re on the path to populist authoritarianism similar to what we saw with Erdogan. Erdogan was a democratically elected president who, over time, diminished the utility of the courts by packing it with people who supported him. He eliminated the voices of those who were supposed to be the independent guardrails on democracy. He used that power to call for militarization of their public institutions. We are seeing evidence of that in the United States.”

She continued, “Now I’m not comparing apples to oranges, but I’m saying they are all fruit of the same poisonous tree. We need to take steps now to ensure our presidency is not a gateway to the type of authoritarian regime we’ve seen in Turkey. We see it pop up in Hungary, what we are watching happening in India and what Jair Bolsonaro is trying to do in Brazil. We have to acknowledge the authoritarian nature of Donald Trump, and we’ve got to nip it in the bud if we want democracy to continue here. And if we want to continue to be the moral leader abroad.”