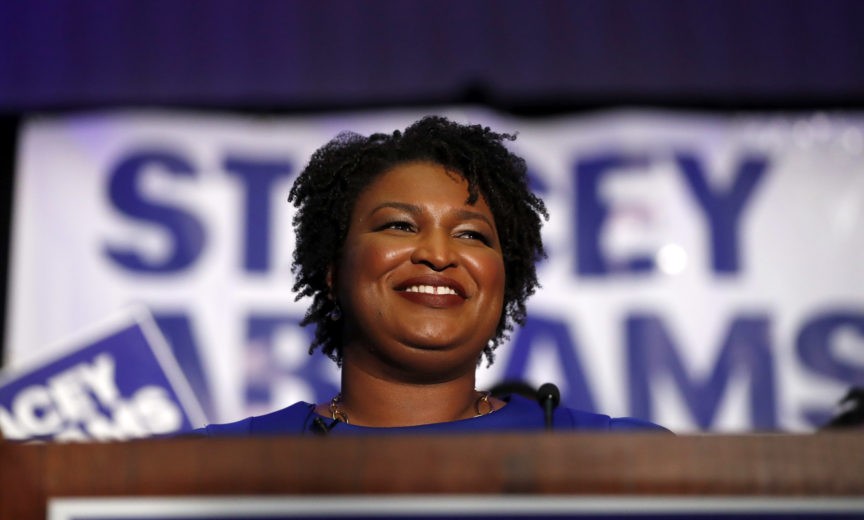 Celebrities like Oprah campaigned for Abrams while Abrams accused her opponent, Georgia Secretary of State Brian Kemp, of suppressing the votes of black voters.

Abrams is reportedly leaving all options open, including a potential 2020 presidential run, as far-fetched as that may be. She reportedly recently told donors that she is considering challenging Sen. David Perdue (R-GA) in 2020 or getting a gubernatorial rematch with Kemp, who defeated Abrams this year, in four years. But she also told Politico recently that she is “open to all options” when asked about a potential presidential bid.

“No… I haven’t thought about it,” she reportedly said. “I am open to all options, and it’s too soon after the election to know exactly what I’m going to do.”

During the contentious gubernatorial campaign, Abrams accused Kemp of disenfranchising voters and filed a lawsuit in federal court to try to force a runoff.

She finally ended her campaign but refused to actually concede to Kemp, delivering a bitter speech in which she accepted defeat but did not concede.

“I acknowledge that former Secretary of State Brian Kemp will be certified as the victor in the 2018 gubernatorial election,” Abrams said. “But to watch an elected official—who claims to represent the people of this state, baldly pin his hopes for election on the suppression of the people’s democratic right to vote—has been truly appalling. So, to be clear, this is not a speech of concession.”

Saying that her assessment “is that the law currently allows no further viable remedy,” Abrams added that “concession means to acknowledge an action is right, true or proper.”

“As a woman of conscience and faith, I cannot concede,” she continued. “But my assessment is that the law currently allows no further viable remedy.”