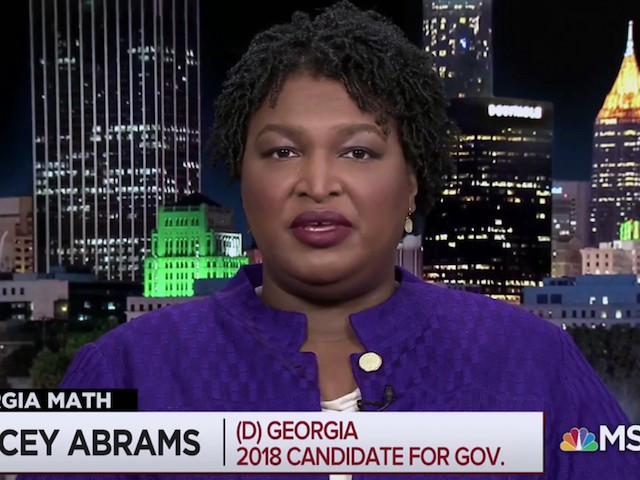 Monday on MSNBC’s “All In,” Stacey Abrams called the gubernatorial election in Georgia, which she lost to Brian Kemp, not “free and fair.”

Abrams said, “It was not a free and fair election. We had thousands of Georgians who were purged from the rolls wrongly. Including a 92-year-old woman who voted in the same area since 1968, a civil rights leader. It was not fair to the thousands who were forced to wait in long lines because they were in polling place that’s were under-resourced, or worst, they had no poling places to go to because more than 300 had been closed. It was not fair to the thousands who had been put on hold with their registrations. And it was not fair to those who filled out absentee ballots, depending on the county you sent it to. It was counted or not counted, assuming you received it in time.”

She added, “Brian Kemp oversaw eight years the dismantling of our democracy and that meant there could not be free and fair elections in Georgia this year.”