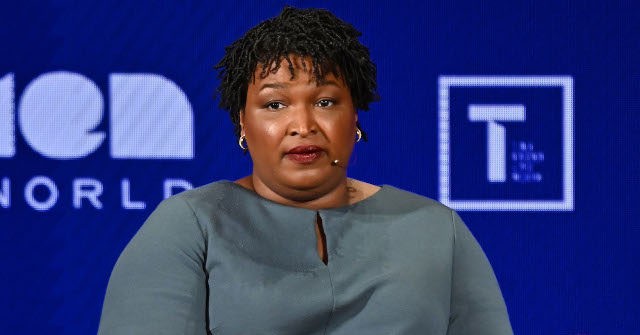 Appearing Wednesday on CBS’ The Late Show with Stephen Colbert, left-wing activist Stacey Abrams said she has not received any calls from the Biden campaign about being vetting as his running mate.

STEPHEN COLBERT: Joe Biden needs a vice-presidential running mate. April Ryan says you’re being vetted. Is that true or are you calling April Ryan a liar?

STACEY ABRAMS: I have said many times that if called I will answer, but I have not received any calls. I look forward to hearing from whoever April Ryan is speaking to.

COLBERT: A lot of times, vice-presidential, possible running mates, demur when they are asked the question. You don’t. You’re like, “sure, I would like to do that.” Why do you not demur as people do in the past?

ABRAMS: Because I know that when I’m asked the questions “Are you qualified? Can you do this?” that I’m not just answering for myself. I’m being asked this question because I don’t look like what people usually look like when they are considered for these jobs. And I’ve learned over the course of my life, starting out as a young black girl in Mississippi, that if you don’t speak up for yourself, then people will take that as permission to underestimate you. But more importantly, it gives them permission to underestimate everyone who looks like you, everyone who reminds them of you.