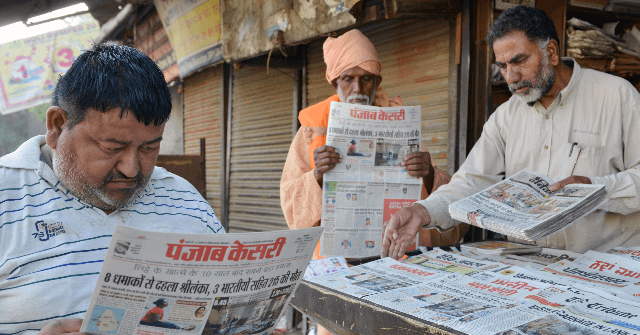 Sri Lanka on Wednesday approved harsh new laws against “fake news,” specifying five-year prison terms and fines of up to one million rupees (about $5700).

The fake news law was proposed in the aftermath of the Easter Sunday suicide bomb attacks on Christian churches and subsequent violence by Buddhists against Muslims. The Sri Lankan government claims to believe social media platforms such as Facebook, Twitter, YouTube, and Instagram are abused to provoke ethnic and religious strife.

Social media was effectively shut down for nine days after the Easter Sunday bombings, a draconian measure criticized for making it needlessly difficult for friends and family members to communicate with each other during a time of crisis.

The blackout was also deemed ineffective at combating the spread of disinformation, which the Sri Lankan government said in May has grown worse than ever. The Straits Times of Singapore, which has also implemented controversial laws against fake news, described some of the misleading material Sri Lanka is concerned about:

Some had dug out photos of coffins and funerals from Sri Lanka’s brutal decades-long civil war and claimed they showed victims of the blasts.

One video posted to Facebook showed police arresting a man dressed in a burqa and claimed he was involved in the bombings.

The video was actually from last year, and showed a man who had used a burqa to hide his identity while he sought to attack someone over a debt issue.

Another used a five-year-old photo from India that showed a group of men wearing T-shirts with “ISIS”, for the Islamic State in Iraq and Syria militant group, written on them to claim there was an active ISIS cell in eastern Sri Lanka.

One Twitter user claiming to be a high-ranking Sri Lankan army brigadier used the platform to accuse neighboring India of being involved in the attacks. The account was later taken down by Twitter after the Sri Lankan army complained.

The proposal that was approved by the cabinet on Wednesday did not precisely define “fake news” or “hate speech,” but stipulated the Sri Lankan penal code will be amended in the future to describe the offenses.