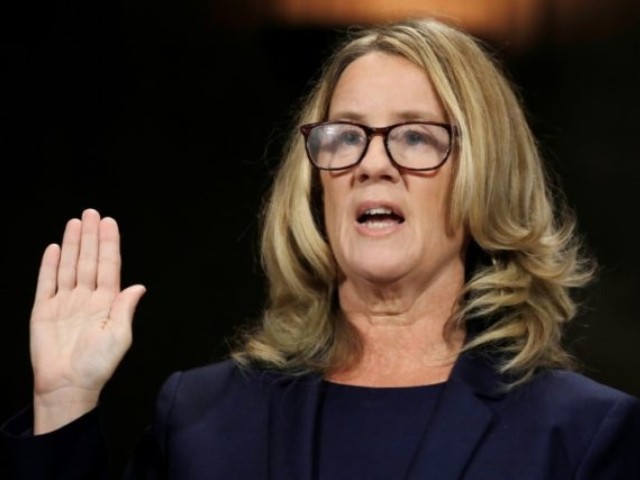 Sports Illustrated dove straight into controversial political waters this week, by tapping Christine Blasey Ford to introduce its 2018 Inspiration of the Year Award.

The magazine awarded its 2018 honor to Rachael Denhollander, a gymnast who became the first woman to step forward to accuse USA Gymnastics doctor Larry Nassar of sexual assault.

Curiously, the magazine chose Christine Blasey Ford to deliver the news of its choice of Denhollander — a proven victim of assault — for its 2018 Inspiration of the Year honoree.

However, Ford’s unsubstantiated accusations aside, Denhollander is the epitome of bravery for standing up to Nassar and the powerful USA Gymnastics organization.

“Denhollander filed a federal lawsuit against Nassar at the U.S. District Court for the Western District for Michigan, Sports Illustrated wrote in its announcement of the award. “Two-hundred and fifty-one other former gymnasts, along with 23 husbands of gymnasts, also brought up claims consolidated into her suit.”

With Denhollander’s testimony leading the way, nearly 300 women came forward to accuse Nassar of assault. The doctor was eventually convicted of multiple assaults and sentenced to 175 years in prison.