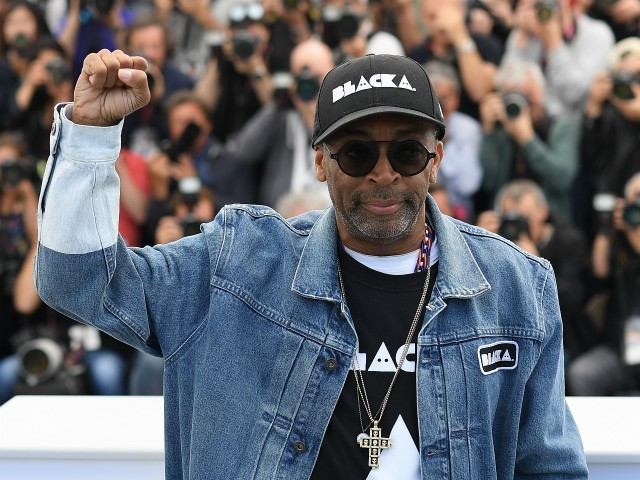 Hollywood director Spike Lee appeared to compare Republican lawmakers to Nazis during an interview in Mexico Saturday, saying that Democrats taking the House of Representative is like the “landing of the Allies at Normandy.”

“We just had the mid-terms and I’m gong to use a World War II analogy: the mid-term was the landing of the Allies at Normandy. So we’re just on the beach,” Spike Lee said at the Los Cabos International Film Festival.

“God bless I have not received any letter bombs. But I’m on alert,” the Do the Right Thing director said.

“I’m not working around thinking everything is hunky dory. I’ve received a death threat before, when I did Jungle Fever so this is something that’s happened in the past. I have received hate mail. It’s not to be dismissed – there are crazy people out there who feel empowered by the guy in the White House.”

Lee has been busy promoting his most recent film, BlacKkKlansman, which tells the story of a black detective who exposed a Ku Klux Klan group in the 1970s.

Spike Lee’s dislike for the president is well known to his fans. In August, the 61-year-old blasted Trump as a “man of hate” and  “violence” who “can’t be trusted to make moral decisions.”