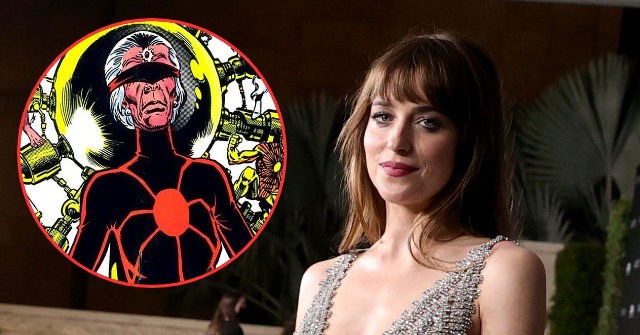 In a quest to expand on its universe of Marvel characters, Sony is in talks with Johnson to star in the studio’s Madame Web movie, according to a report by Deadline.

But this has offended some Spider-Man fans, because in the comics, Madame Web is depicted as an elderly woman who is canonically blind and has myasthenia gravis, which is why she is connected to a life support system that looks like a spider web.

Dakota Johnson is entering the Spider-Verse.

Johnson is in talks to play the title character in #MadameWeb, the Sony spinoff centered on the #SpiderMan character

Fans took to Twitter to express their dismay over Sony’s casting choice.

“And before you comic book dweebs get your knickers in a twist, yes I know about the Julia Carpenter version,” the Twitter user added. “This casting most likely means they’ll introduce the OG Cassandra Webb combined with elements of Julia, So it’ll still be disability erasure.”

“Dakota Johnson as Cassandra Webb is ridiculous, though,” another complained. “I kinda hope they’re doing a Julia thing, because… I mean… ‘elderly, blind, and movement-impaired … 0 out of 3 ain’t bad.’”

“Madame Web is older and Dakota Johnson is not. Ageism in full effect here,” another tweeted.

“THIS IS A BLIND CHARACTER, ARE YOU FUCKING-” another reacted.

Not everyone, however, agrees with the rise of woke Hollywood casting. The Walking Dead star Lennie James, for example, criticized the concept last month, saying that roles should not be given to actors with the lived experience of their characters and should be considered on a “case by case basis.”