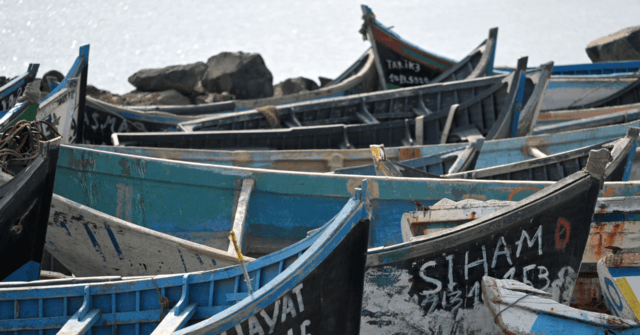 A Spanish court has sentenced a pair of African national people traffickers to nine years in prison each in connection to the deaths of nine migrants aboard a boat heading to the Spanish Canary Islands.

A Las Palmas court found Amadou D., a Senegalese national and Kate D., a Gambian national, guilty of several charges relating to the deaths of the nine migrants, which took place in March of last year.

The pair were found guilty of crimes against the rights of foreigners and sentenced to three years each and were also given six one-year sentences for six counts of reckless homicide, which will be served back-to-back, the European Union-funded website InfoMigrants reports.

Two of those who were killed were children, both of them two years old. The first, a boy, was alleged to have been thrown overboard and the other, a two-year-old girl, later died in a hospital due to dehydration.

Over 37,000 migrants arrived illegally on Spanish territory between January and mid-December of this year, with Moroccan police claiming to have arrested over 11,000 trying to make the journey. https://t.co/CoAPsR6xuc

The boat used by the nine drowned migrants set off in March of last year from the port of Dakhla in the disputed Western Sahara region and was not intercepted by the Spanish Maritime Rescue Service until four days after the boat, a dinghy, had been at sea.

Over the course of 2021, Spain saw around 40,000 illegal immigrants arrive, with the vast majority arriving by boat. The route to the Canary Islands has become the most popular with around 22,000 arriving on the shores of the islands.

The Canary Island route is also known as being far more dangerous than other routes from Africa to Spain and with the rise in numbers along the route, the number of deaths at sea rose as well.

The Spanish NGO Caminando Fronteras (Walking Borders) has claimed that as many as 4,400 people may have died attempting to reach Spain in 2021, a figure well-above estimates by the United Nations International Organisation for Migration (IOM), which placed the death toll at just under a thousand.