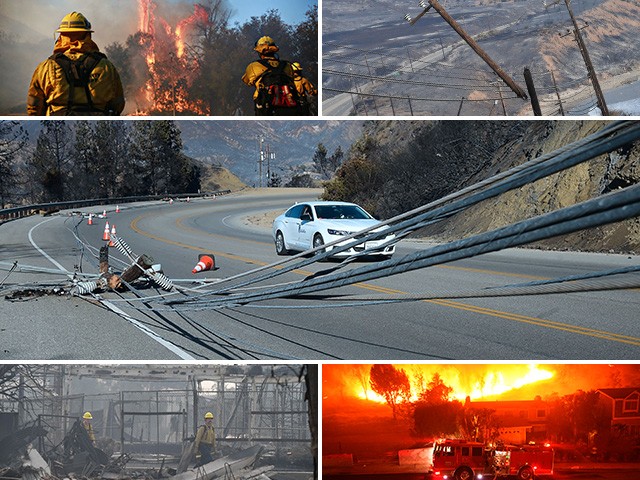 “Crews are trying to gain access, but due to treacherous conditions, our restoration is not going to be as expedited as we’d like it to be,” Bruce told reporters.

The Woolsey fire grew to more than 143 square miles with 20 percent containment as of Monday morning, according to the Associated Press. Authorities confirmed over the weekend the blaze’s death toll stands at two people. In Northern California, at 30 people are dead as the Camp Wire continues to rage. Relatives are conducting a manhunt to locate nearly 230 missing people. The fire, which destroyed most of the 27,000-strong city of Paradise, is now the most deadly fire in the state’s modern history.