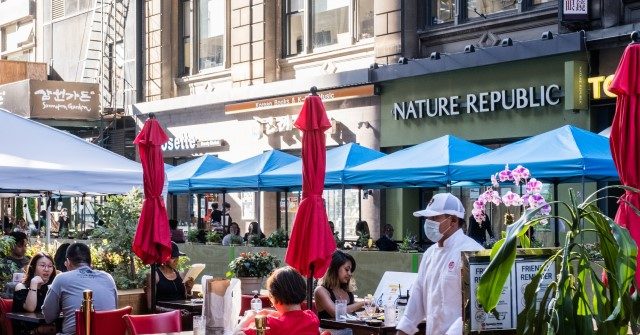 A South Korean diplomat, who is stationed at South Korea’s Permanent Mission to the United Nations (U.N.), “was punched in the face by an unidentified man in what police described as an ‘unprovoked’ attack at around 8 p.m. on Wednesday near Koreatown in Manhattan,” KBS reported on February 11.

The assailant reportedly fled the scene. The New York City Police Department (NYPD) said Thursday it was probing the incident and had yet to make any arrests in connection with the case.

South Korea’s foreign ministry confirmed the attack on its diplomat in a February 10 statement in which it urged the NYPD to “conduct a quick and thorough investigation.”

“According to the NYPD, the number of hate crimes against Asians in New York [City] surged from 28 in 2020 to 131 last year,” KBS noted on Friday. Police will not know if  Wednesday’s assault was a hate crime until they find the assailant and investigate the motives behind the attack.

The South Korean diplomat — whose identity remains undisclosed to respect his privacy — was physically assaulted in Manhattan, a borough of New York City (NYC) with the highest number of hate crimes among NYC’s five boroughs in 2021.

“Of those, 134 occurred in Midtown’s Manhattan South precinct, according to Compstat figures through Dec. 12,” the newspaper relayed.

The South Korean diplomat was attacked “near the corner of East 35th Street and Fifth Avenue in midtown Manhattan” on February 9, according to NBC News.

“The assault happened on the edge of Manhattan’s Koreatown and about a mile southwest of U.N. headquarters,” the news outlet revealed.

NYC has experienced a surge in both anti-Asian attacks and crime in general over the past two years due in part to the city’s leftwing governance and criminal justice policies.

Manhattan District Attorney Alvin Bragg issued a “Day One” staff memo on January 3 “which directs prosecutors to drop some misdemeanor cases, not seek bail or prison time for most defendants and to downgrade certain felonies to misdemeanors,” the New York Post reported.

After receiving negative backlash from the New York public after his January 3 memo leaked to the press, Bragg issued a new memo on February 4 clarifying that “commercial robberies with a gun or at knifepoint will be charged as felonies.”